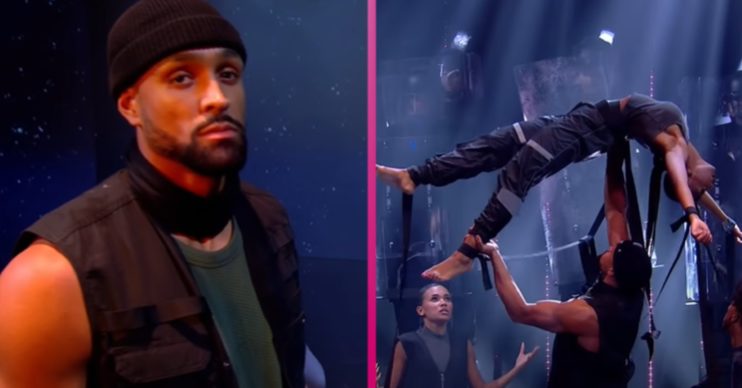 Ashley Banjo has revealed some of the vile messages and threats shared online amid the row over Diversity’s BGT Black Lives Matter performance.

Earlier this month, the star and dance group caused controversy with a powerful Black Lives Matter routine on Britain’s Got Talent.

The show, which referenced the death of George Floyd in America, sparked more than 15,000 complaints to regulator Ofcom.

What did Ashley Banjo say about the Black Lives Matter performance backlash?

Taking to Instagram today (Monday, September 14), Ashley hit back at comments people had made online in the wake of the BGT performance.

In one, a social media user claimed that what was termed ‘racist abuse’ was really just fair ‘criticism’.

Sharing screengrabs on Instagram, the Dancing On Ice judge wrote: “No I don’t mean ‘criticism’… I mean ‘racism’. I mean hate… the very thing that makes every single second of that performance and every single complaint worth it.”

Writing further, Ashley revealed he was initially reluctant to highlight the hate he had seen online.

But he felt like he had to. And he urged his followers not to feel pity for him, but instead for those who face such abuse and have “no voice or platform” to tackle it head on.

He continued in the post: “I didn’t want to even shed light on any of this directly. But here’s just a small selection from the past week.

Racism… the very thing that makes every single second of that performance and every single complaint worth it.

Ashley added: “The only saving grace is that this is the vast minority… But for all the people asking or wondering – yes, it is very real and yes it does exist. #diversity #racism.”

One of the messages read: “Diversity of race, race mixing, cultures’ diversity etc, is never going to bring anything ‘vibrant’. We are tribes, we like our own. A race war is coming.

Another vile post said: “If you don’t like living in a white country, go live in Africa. I think you would genuinely feel more comfortable there. As would I if you did.”

A third stated: “He wants to start looking over his shoulders now.”

The backlash reportedly led to a ratings drop of half a million viewers a week after the Diversity performance.

Various stars have voiced their support for Ashley and the other dancers, including fellow judge Amanda Holden.