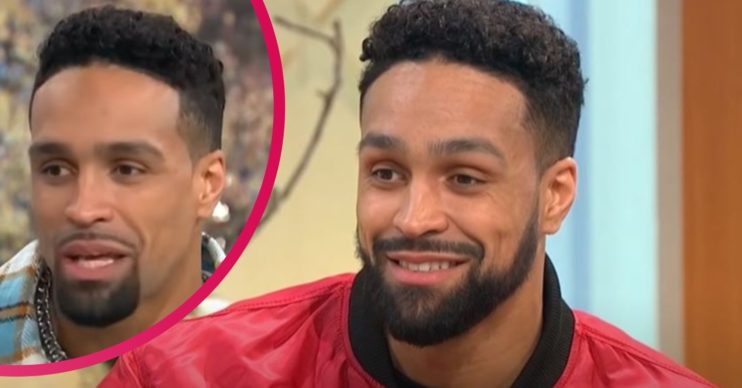 Ashley Banjo has delighted fans by sharing a heart-melting video of his son Micah laughing for the first time.

The former Britain’s Got Talent star, 31, took to Instagram on Sunday (July 26) to share a cute clip of the tot giggling his head off.

In the caption, Ashley called it the “sound of pure joy” and wished his son a “happy four months” as he reached the new milestone.

What did Ashley Banjo say about his son Micah?

He added the quote, ‘If we could see the world through the eyes of a child, we would see magic in everything’.

And Coleen Nolan from Loose Women wrote: “This has just made my day! No better sound in the world!”

But Ashley’s brother Jordan joked: “Maybe it’s just me but he seems a bit cocky, not a fan.”

Ashley’s fans also gushed over the video, calling it “gorgeous” and agreeing there’s no better sound.

This is too cute.

“Best sound in the world,” a third wrote.

A fifth told him: “This is too cute.”

It’s been a month of big milestones in the Banjo household.

A few weeks ago, the Dancing On Ice judge and his wife, Francesca Abbott, celebrated five years of marriage.

Ashley shared an adorable tribute to the mother of his children – a family picture of them and their kids.

The photo, posted on Instagram, showed the happy mum snuggling in bed with Ashley and their eldest, 17-month-old daughter Rose, and little Micah.

Ashley wrote alongside the pic: “It’s been 15 years and five years married Francesca Banjo… Look what we made. Happy anniversary.”