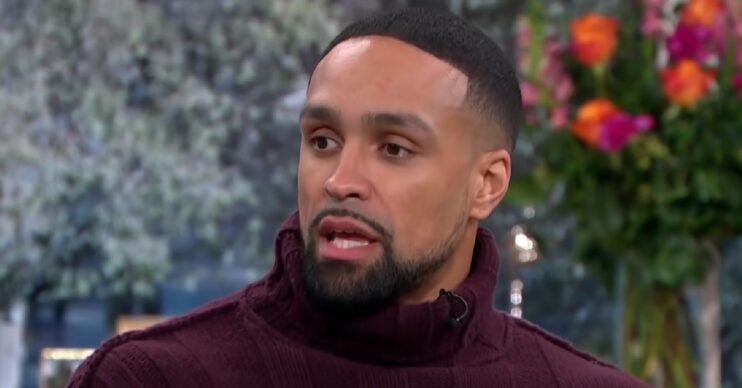 Ashley Banjo ‘heartbroken’ as he shares family tragedy: ‘This one hurts a lot’

Such sad news for the Dancing On Ice star

Ashley Banjo has been left ‘heartbroken’ following the tragic death of his dog.

The Dancing On Ice judge took to social media to announce the news yesterday (February 9), alongside a series of touching photos.

Ashley, 33, explained that his beloved dog KP died on the same day that she fell ill.

The photos showed Ashley and KP throughout the years.

“I can never replace you sweetie and it breaks my heart to lose you so suddenly. The same day she fell ill is the same day we lost her. The first pic here was our last one together… I’m just glad I got to be there for her in the end.”

This one hurts a lot

He added: “Go and tell the close ones you love them while you still can.

“Life is too short and you never know where it takes you. R.I.P sweetheart.”

In addition, a fan also wrote: “So so sorry for your loss. She will always be in your heart.”

The comments didn’t go unnoticed with Ashley, who later thanked his followers for their outpouring on love.

He wrote on Instagram Stories: “Just want to say thank you for all the messages and love for KP. It means a lot.”

Ashley returns to Dancing On Ice

Meanwhile, Ashley recently returned to the judging panel of Dancing On Ice.

As well as Jayne Torvill and Christopher Dean, the star judges alongside new addition Oti Mabuse this year.

Ahead of the series – which began earlier this month – Ashley shared his excitement over welcoming Oti to the panel.

Read more: Dancing on Ice: All the judges in the show’s history

The DOI star said: “Oti’s just got so much energy and so much skill herself. I’ve been around her quite a few times and she just brings this sass wherever she goes that you just love.

“I’m just really happy to have her sitting next to me.”

Speaking about Oti’s dance experience, he added: “Over the years people have become accustomed to it and seeing it being approached from different points of view. I think it works.”