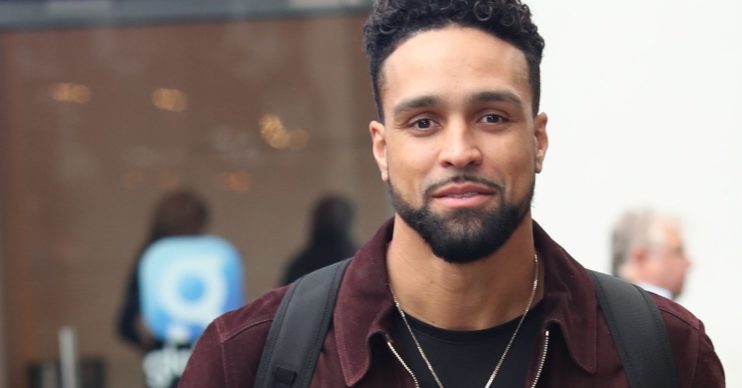 Earlier this month, his followers compared him with singer Craig David after he revealed the new sharper do his wife Francesca gave him.

And now, it appears Ashley’s switched up his swede again, this time opting for a lighter colour and wavier style.

Sharing a snap of his new hair to Instagram on Thursday (April 23), Ashley admitted it was a “different vibe” to what his fans are used to seeing.

It’s a different vibe… But recently everything’s been different. Hope everyone is good out there! #lockdown

He captioned the selfie: “It’s a different vibe… But recently, everything’s been different. Hope everyone is good out there! #lockdown.”

His fans in the comments were divided by the new look. Some said they loved it, while others insisted they preferred it the way it was.

One wrote: “Don’t like it, dark suits you better.”

Even Ashley’s brother, Jordan Banjo, said: “Too too wavy.”

But someone else put: “I like it, really nice.”

And another told him: “Cool… very cool.”

“Taking it back to the ’90s,” said another, using a thumbs-up emoji of approval.

Some compared him to singer Eminem, once known for his iconic bleach-blonde hair. Others asked if Ashley had taken inspiration from funnyman Paddy McGuinness, who has also been rocking blonde hair in the coronavirus lockdown.

Is that you, Craig David?

After his last hair transformation, Ashley responded to people comparing him to Craig David.

He wrote, alongside a snap of himself set next to a picture of the 7 Days hitmaker: “I’ll be honest Instagram…

“Aside from the obvious… I don’t see it AT ALL. But If I see ONE more comment… calling me the legend that is @craigdavid… then I’ll have to challenge him to a singing battle on live to decide who gets to keep the name.”

Ashley became a dad for the second time last month when his wife Francesca gave birth to a baby boy. The pair already have a daughter, Rose.

He has since delighted his Instagram followers with pictures and videos of the tot, whose name is Micah. In one post, he danced with the newborn outside their home and said he was showing him “the TikTok ropes”.