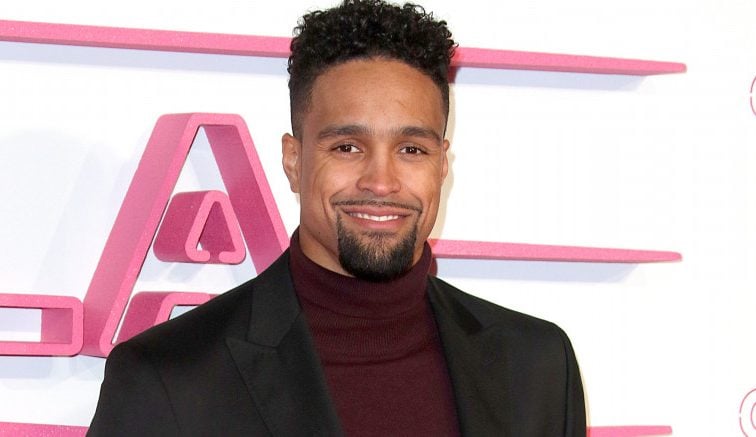 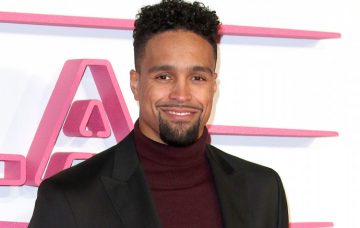 The 30-year-old took to social media on Wednesday to announce his wife Francesca is expecting their first baby and they’ve already found out it will be a daughter.

Ashley posted a photo showing him with a pair of tiny pink Converse shoes draped around his neck while Francesca stood next to him holding up their baby scan photo.

His caption read: “I am so excited to finally share the news that we are having a baby!! Now the time has come to finally say this out loud I have no idea what to say! I don’t know if words alone can explain how full of joy and happiness we both are.

“It has been a more difficult journey to this point than most people know but we are now here with one of the most precious gifts in the world… a little girl! I have so many strong and incredible women around me, I know she will have great examples to follow.”

Ashley then gave a special shout-out to Francesca, continuing: “Especially this woman right here – my wife and my rock. You are going to be the best mum in the world.”

He concluded his post with a reference to his dancing background, quipping: “I’m so excited to see our little one grow up and if by any chance she wanted to be like her daddy and bust a few moves, I’ve already got the dancing shoes covered! Can’t wait to meet you little sweetie.”

Ashley and Francesca married in 2015.

Earlier this year Ashley told The Express it was the best day of his life, saying: “There was so much love in the room – between me and my wife, obviously, as well on her side of the family and mine.

“There was so much positive energy and it was such a great day.”

They marked their third wedding anniversary in July, with Ashley sharing a throwback photo from the wedding day to Instagram alongside a beautiful message.

He wrote: “Life moves so fast it scares me sometimes… But it’s hard to describe just how lucky I feel having you to share it with. 3 years since this photo and 13 years since the beginning…

“We’ve come a long way from me saving up to buy you a pair of Airforce 1’s in JD on Oxford street and then waiting for my dad to come and pick us up because I wasn’t old enough to drive and had no money left for a train. Do you still have those trainers?!

“However many years we have left isn’t enough… Thank you for everything.”

Naturally, the couple were inundated with congratulatory messages from their friends and fans, all wishing them well on the journey to parenthood.

Among them was Ashley’s brother Jordan who wrote: “Uncle Jord ya know.”

Ashley found fame as the lead member of Diversity, the dance troupe who won Britain’s Got Talent in 2009.

He’s gone on to judge on Sky 1’s Got To Dance and ITV’s revamped Dancing On Ice.

Ashley will no doubt be calling on his younger brother and Diversity co-star Jordan for some daddy tips, as Jordan’s girlfriend Naomi gave birth to their first child in May.

They named him Cassius Ashley in honour of his uncle.

Ashley said earlier this year: “I’m honoured that your mum and dad decided to include me in naming you. I will always do my best to look after you, your mum and your dad. I can’t wait to be a part of showing you the world.”

Congratulations to Ashley and Francesca!

Leave your congratulatory messages for them on our Facebook page @EntertainmentDailyFix