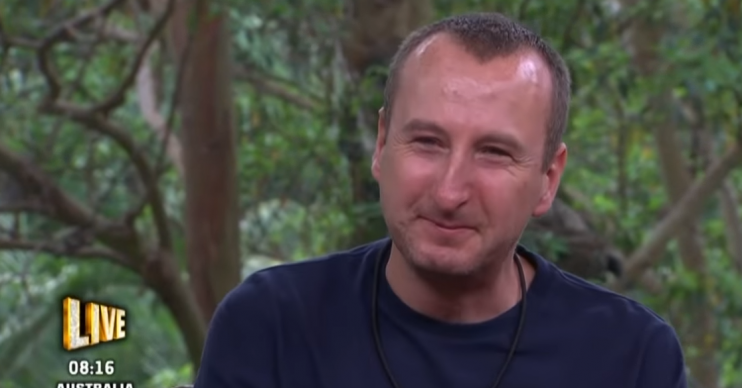 His roast dinner is finally served!

He finished as runner-up in this year’s I’m A Celebrity but the near-win hasn’t gone to Corrie star Andy Whyment’s head.

Upon leaving the jungle he vowed to “stay boring” and couldn’t wait to get back to doing his weekly shop at Asda with his wife Nichola.

He told the Daily Star: “I’ll still remain myself. I’ll still go to Asda on a Friday and do the big shop with my wife.”

He added: “I’m looking forward to getting back and just getting into my normal boring life of just getting home from work, closing the front door and sitting on the sofa and watching telly.”

However, it appears Asda got wind of Andy’s comments and decided to reward its most high-profile customer with some goodies.

He missed out on the chance to get a roast dinner in camp, so we’ve made sure he gets one when he touches down in the UK.

After he flew home from Australia in first class, with his wife and kids Tom and Hollie by his side, Asda has revealed it’s sending Andy a “home comforts” hamper.

Asda said it’ll make up for all that he missed during his stint in the jungle.

On our way back home, looking forward to getting back and putting the Christmas decorations up 🎄thanks Australia it’s been emotional and the most amazing experience of my life, thanks again for the support UK ❤️❤️❤️ x

A spokesperson told The Sun: “We loved watching Andy in the jungle. He missed out on the chance to get a roast dinner in camp, so we’ve made sure he gets one when he touches down in the UK after a long flight over from Australia.”

The rep added: “And of course he’ll need to wash it down with a few good cups of tea. We hope Andy enjoys his special treat and look forward to seeing him in his local Asda.”

The supermarket also revealed that it would like to give him an exclusive tour of his local Asda, too.

“He’s welcome to have a behind-the-scenes tour of the store any time,” the rep said.

This week Andy revealed that he’ll head back to the cobbles and return to filming on Corrie after the show’s Christmas break.