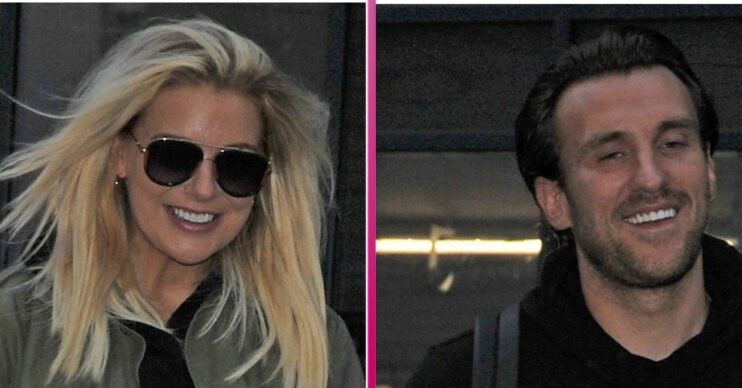 As Sheridan Smith splits from Jamie Horn, a timeline of their relationship from how they met to welcoming baby son Billy

Sheridan Smith and Jamie Horn have called time on their relationship after three years together.

The couple told the Sun on Sunday they had arrived at the decision “with great sadness” and asked for privacy.

The statement said: “It is with great sadness that we have decided to have some time apart.

When did Sheridan and Jamie meet?

The pair actually met on Tinder three years ago.

The Gavin And Stacey actress, 40, previously said that the dating app allowed her to meet normal people.

Early in 2018 she came across former insurance broker Jamie on the app, and the pair swiped right for each other.

“I met him and I just… they say you know instantly. We just clicked and suddenly it just wasn’t difficult any more,” she told chat show host Jonathan Ross.

The pair got engaged after just a few months

In May 2018 it emerged that the couple had got engaged after Jamie popped the question with a dazzling £10,000 ring.

An insider told The Sun at the time that they were “head over heels in love”.

In 2019 Sheridan confirmed she was expecting her first child with 31-year-old Jamie.

The stage star had previously hinted at having morning sickness in a post on social media.

And in October that year she told the audience while she was performing on a cruise ship that she had “a baby on board”.

Sheridan and Jamie welcomed their son in May 2020 and told fans on Instagram they were “completely overwhelmed with love”.

They later shared that they had named him Billy.

Before their split, the star hinted that she would like to expand their family.

Speaking on a podcast last year she said she and Jamie had talked about it and that she would “love” to have another baby.