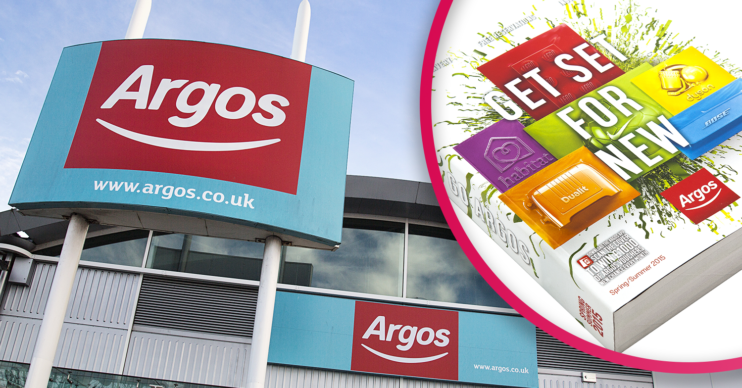 The iconic retail bible is no more!

Argos is to stop printing product catalogues after almost 50 years.

The British retailer’s catalogue was once found in three quarters of British homes but has dwindled in popularity in recent years.

Why has Argos catalogue been axed?

Argos has printed over one billion copies since the catalogues initially launched in 1973.

And at its absolute height, only the bible overtook in owned copies in the UK.

But over the last decade, annual printed issues declined from 10 million to just three million.

And Argos has said it will now scrap the publication all together.

RIP #Argos Catalogue. There are now generations of children who won't be able to flick through and choose their Santa gifts.

Online and app shopping has replaced the need for printed catalogues, they argue.

And at Argos stores and kiosks digital screens have already replaced the catalogue.

Mark Given, chief marketing officer at Sainsbury’s, which also owns Argos, said in a statement: “Just as our customers’ tastes have changed over the years, so have their shopping habits.

“We are seeing an increasing shift towards digital shopping, using our mobile app, website and in-store browsers.

“Closing the book on the catalogue will help us focus on delivering exciting and inspiring digital shopping experiences to meet the changing needs of our customers.”

The news of the death of the Argos catalogue has resulted in hundreds of Brits taking to Twitter to share their dismay.

Many argue that some of their fondest memories are of ordering toys and presents from the paper catalogue.

Irish comedian Aisling Bea tweeted: “One of my favourite childhood books is going out of print. I’ll never forget how I used to read it aloud to my mother before bedtime as she tucked me in.”

One particularly distraught user lamented: “No more Argos catalogue?!?! 2020, is there no end to the horror you cause? #argos.”

Another shared: “They’re getting rid of the Argos catalogue, I hate getting older and everything changing.”

A further user argued: “#Argos getting rid of the catalogue further confirms that the older generation who don’t use tech ology aren’t thought about. My nana is 79 and even though she has a tablet she doesn’t know how to do things like online shopping.”

A fifth user complained: “Just heard about the demise of the Argos Catalogue. The book of dreams, to be no more. The time spent pawing through the pages & highlighting ’wanted’ (most of it) at Christmastime, has been snatched away from future generations.”

And a further user reminisced: “They’re getting rid of the Argos printed catalogue. As someone who spent *hours* poring over it in the 90s it makes me feel a bit sad.”

All is not quite lost however, as Argos says it will still print out an annual Christmas gift guide.