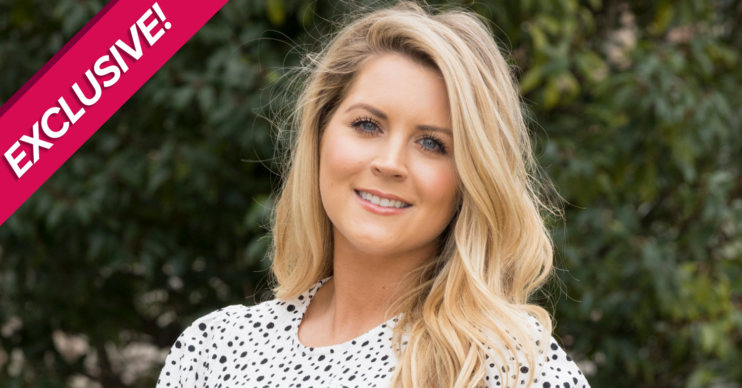 The pair were separated and unable to speak for 10 weeks

Apprentice star Pamela Laird has revealed that her boyfriend Jay sent her sweet love notes during her time on the show.

Pamela, who hails from Ireland, spent 10 weeks in London last year, during the filming of The Apprentice.

And, during that time, she was unable to even speak to her boyfriend of nine years on the phone.

Pamela opened up about her relationship with Jay exclusively to Entertainment Daily.

Giving an insight into life behind the scenes on the BBC show, Pamela revealed it was tough at times.

She said: “The time away was really bad because I could only pick one person to call and he knew I was going to pick my mum.”

Pamela added she and Jay did find a way to keep in touch, though.

“When I spoke to my mum I would quickly tell her what to say to him after getting his letter.

“It was really nice that we could keep in touch in a way, but I think he missed me,” she added, revealing: “He definitely appreciated me more when I came back.”

After nine weeks without her phone, Pamela was given the device back for two days before filming the show’s final.

“We were apart for 10 weeks, a long time,” Pamela said. “I was fired around the ninth week and I got my phone back for two days before we filmed the final, so obviously I called him then.”

“Yes he missed me,” she said. “There were loads of tears.”

Pamela added: “When I turned on my phone he sent me some lovely messages while I was gone so they all came through. It was so sweet, it was lovely.”

Apprentice star Pamela finished in the final five of the show, which ended just before Christmas.

When I turned on my phone he sent me some lovely messages while I was gone so they all came through.

However, she says fame hasn’t changed her or her relationship with Jay, who works for online bookmakers Paddy Power.

“He still treats me like Pamela. I think maybe it’s the Irish, I just came back like normal and nobody treats me any differently here. I wouldn’t want it to be any other way,” she said.

Is marriage on the cards?

So did Jay miss Pamela so much that he pulled out a diamond ring upon her return to Ireland?

“He didn’t get down on one knee,” she laughed.

“It’s definitely in our future, but it’s not on the list of either of us,” she explained.

“We’re not really box tickers, we’re both really focused on work and happy the way it is.”