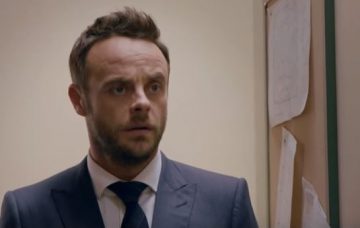 Worried Wilson suggests he came back to work 'too soon'

Ant and Dec have been a staple British TV duo for almost 30 years.

However, with Ant McPartlin plagued by personal difficulties Dec has been forced to go it alone, hosting Saturday Night Takeaway solo this weekend.

Although Dec did a great job taking on a hugely difficult task, it doesn’t stop the nation wondering – how long will the pair be separated?

According to Kaiser Chiefs front man Ricky Wilson, it could be a while.

Ricky, a good mate of both Ant and Dec, seems to think he might have been jumping the gun when he came back to work following his rehab stint last year.

Talking to the Sunday People, Ricky said: “Ant is going through some tough times.

“He will bounce back, but whether that is later rather than sooner.

“I think he needs a long time.

“I just want to see him back on the screens but I’m not going to be greedy and want him back soon.

“He needs to come back when he is ready, not when all the people around him are ready.”

Dec and the team made the difficult decision to air the remaining episodes of Saturday Night Takeaway, without Ant.

It still remains to be seen what will become of the duo’s numerous other television commitments.