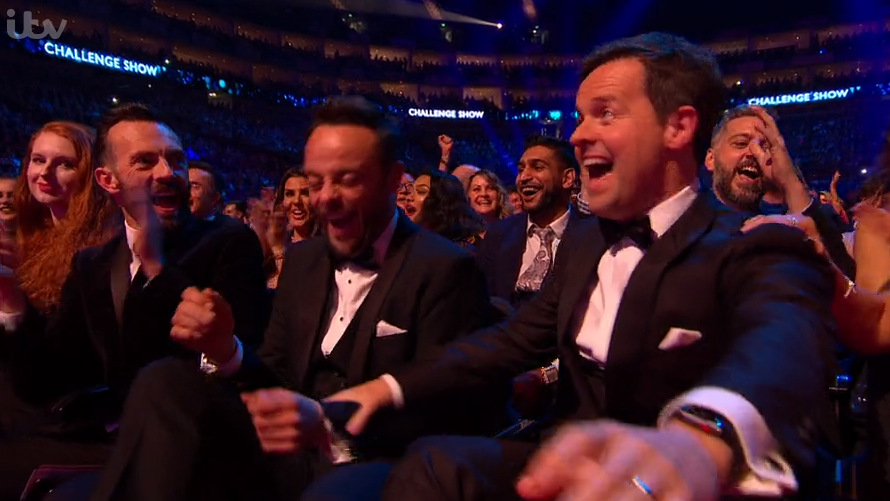 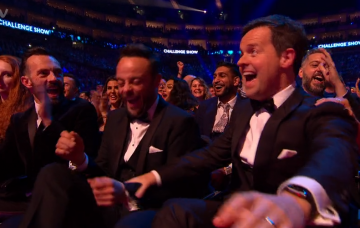 Ant and Dec to lose their NTA Best Presenter crown after 17 years?

Holly Willoughby is hot favourite to beat them

Ant and Dec will face off with Holly Willoughby for the prize that recognises the best presenter on TV at the next National Television Awards.

The Geordie duo are still in line for a potential 18th win in a row, even though Ant McPartlin took an extended break from work commitments last year.

However, there will be stiff competition from This Morning host Holly for the gong, who stepped in as Ant’s replacement on I’m A Celebrity, as they attempt to complete the astonishing achievement.

And while the pair have taken home the trophy every year since 2001, their pal will be no doubt be hoping she can end the streak.

Furthermore, Ant & Dec’s Saturday Night Takeaway is up for the Bruce Forsyth Entertainment Award, up against Love Island, All Round to Mrs. Brown’s and The Graham Norton Show.

The bash will be broadcast live from The O2 Arena in London on ITV on January 22, with Dermot O’Leary hosting.

This year’s event will also introduce a category for New Drama, with the likes of Bodyguard, Killing Eve, A Discovery of Witches, The Cry and Girlfriends appearing on the shortlist.

Bodyguard hunk Richard Madden is up for best drama performance, as is Killing Eve’s Jodie Comer, Doctor Who star Jodie Whittaker, Michelle Keegan (for Our Girl) and Cillian Murphy (for Peaky Blinders).

X Factor judges Robbie Williams and Louis Tomlinson – who joined Simon Cowell on the panel last year alongside Robbie’s wife Ayda Field – are also in opposition for the title of best TV Judge.

Voting – which runs until January 22 – is now open here.

Who are your picks to win?