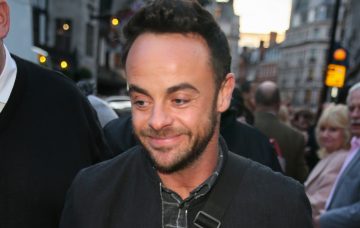 Ant McPartlin has updated fans on how his recovery from drink issues and painkiller addiction is coming along.

In a statement posted on Twitter, he assured followers it was going well, but that he had decided to take the rest of the year off.

The full announcement went on to reveal that there would be no Saturday Night Takeaway next year.

It says: “Ant McPartlin today announces he will continue to take a break from all television presenting roles until 2019.