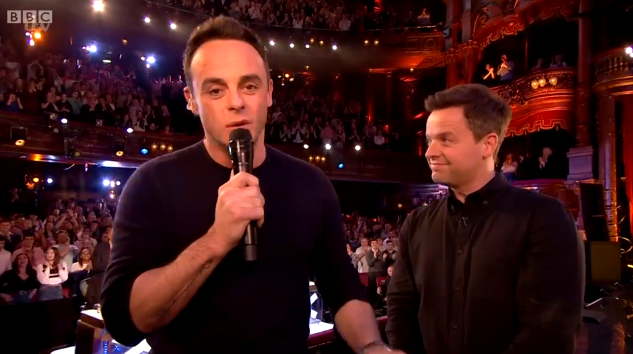 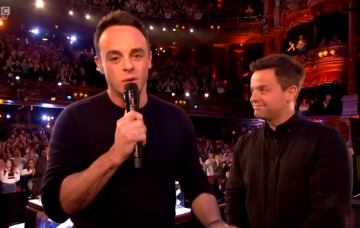 Ant McPartlin fans baffled by his arm tattoo during NTAs

Some people thought he had a "scar" on his forearm

The star, who bagged the award alongside Dec Donnelly for the 18th year in a row, was thanking viewers for their support but they were distracted by his arm ink.

Ant, 41, has a tattoo of an arrow on his forearm but many viewers thought it looked like a “scar”.

One person wrote on Twitter: “What was that massive scar on Ant’s arm?”

Another said: “That’s a nasty-looking scar on Ants right forearm, wonder how he got that?” while a third tweeted: “What’s with the massive scar on Ant’s arm #justasking #ntas.”

#NTAs what was that massive scar on ants arm

#NTAs that’s a nasty looking scar on Ants right forearm, wonder how he got that?

What’s with the massive scar on ants arm #justasking #ntas

Others realised it was a tattoo.

#NTAs When did Ant get the arrow tattoo?

He’s got a arrow tattoo #NTAs

Ant recently opened up about his tattoos, telling The Sun that  the arrow up his arm has a “personal meaning but it’s very positive”.

He also has a tattoo on his wrist, which is similar to the Alcoholics Anonymous symbol.

Ant added: “The tattoo is based on the symbol but is not exactly the same.

“It’s more about beliefs and principles and where your mind is at in terms of love and being of good service to other humans, moving forward positively. It’s about how I am and how I will live my life in a good way.”

The presenter was left overwhelmed on Tuesday night when he and Dec were awarded the Best Presenter award at the NTAs even though Ant took an extended break from work commitments last year to focus on his recovery.

Ant stepped away from his TV commitments following a stint in rehab and his drink-drive conviction in March.

Last night, The Britain’s Got Talent hosts were not at London’s The O2 to hear they had picked up the accolade.

Were you confused by Ant’s tattoo? Leave us a comment on our Facebook page @EntertainmentDailyFix and let us know what you think.