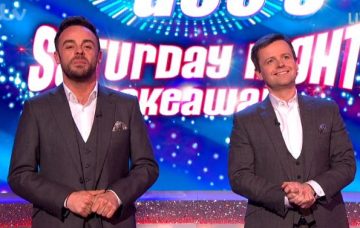 Ant McPartlin has announced that he will not be returning to television until next year, meaning he won’t host this autumn’s I’m A Celebrity… Get Me Out Of Here!

A statement released on Twitter reads: “Ant McPartlin today announces he will continue to take a break from all television presenting roles until 2019.

“Ant says: ‘My recovery is going very well and for that to continue having spoken to Dec and ITV, I have made the decision to take the rest of the year off. I’d like to thank both Dec and ITV for their continued support and I look forward to getting back to work in the new year.’

Dec adds: “Whilst I am obviously sad at the thought of being without my best friend in Australia this year, I am proud of the work Ant has been doing privately and I am fully supportive of his decision.

Many followers struggled to read the news however as, when they clicked through from Twitter to the statement on www.antanddec.com, they discovered the website was crashing.

After a stint in rehab to tackle drink issues and painkiller addiction last summer, Ant, 42, returned to TV to present I’m A Celebrity… Get Me Out Of Here, alongside Dec in November last year.

Will you miss Saturday Night Takeaway next year? Leave us a comment on our Facebook page @EntertainmentDailyFix and let us know what you think!