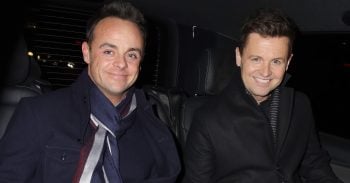 The presenting duo fell out over the drink-driving arrest

After 30 years working side-by-side, it’s hard to imagine one without the other – but last year, that situation nearly became permanent.

Declan Donnelly has spoken out about wanting to “punch” his presenter partner and long-time best friend, Ant McPartlin, admitting they nearly went their separate ways for good.

Speaking in a new interview with The Guardian Weekend magazine, Dec confessed how upset he was when he heard about Ant’s drink driving arrest.

The 43-year-old dad-of-one said: “It felt like a nightmare, that there’d been a mistake. [I thought] ‘Of course he didn’t do that’.”

Dec, who welcomed daughter Isla with wife Ali Astall last September, said he was angry after speaking to his friend, revealing he asked himself: “How could he do that? I wanted to punch him and hug him at the same time – and I didn’t know which one I wanted to do first.”

He adds that they even: “considered splitting up” explaining: “We had a heart-to-heart. I said, ‘Look, forget everything – TV, the partnership – you’ve just got to go and get well.’ I think I said I’d give everything up if he could just be happy again.”

Ant – who split from wife Lisa Armstrong last year and is now dating former PA Anne-Marie Corbett – was handed a 20-month driving ban after his arrest, and took a year off work to attend rehab and work on his addictions.

It meant Dec co-hosting with a new partner – Holly Willoughby – during the last series of I’m A Celebrity… Get Me Out of Here!.

He and Ant have since been reunited for Britain’s Got Talent, and Ant controversially even won a National Television Award. 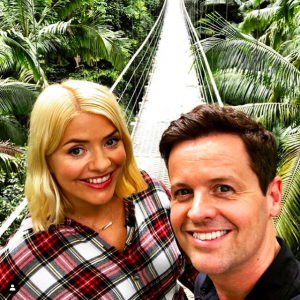 And this week it was revealed that a new documentary will look at Ant’s “trials and tribulations.”

Peter Andre admitted he’d worked on the show, telling new! magazine: “I filmed a segment for a new documentary about Ant and Dec.

We can’t blame Dec for his reaction, but we’re glad to see all is back on track between these two. We’re not sure the world could continue spinning without Ant’n’Dec on our TV screens…

Are you shocked by Dec’s reaction? Leave us a comment on our Facebook page @EntertainmentDailyFix and let us know what you think.