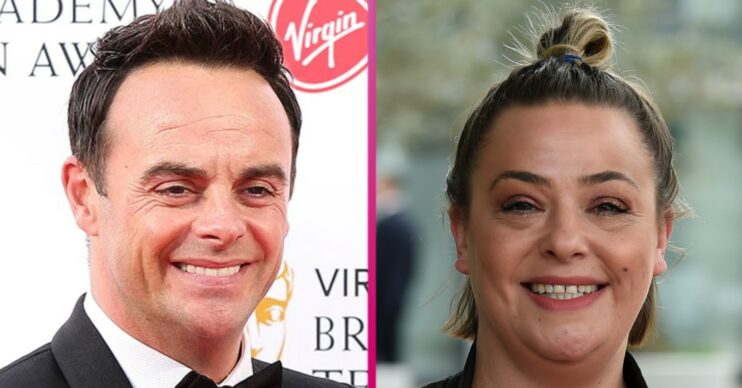 Today (August 7) marks the wedding day of Ant McPartlin and Anne-Marie Corbett – but Ant’s ex Lisa Armstrong has reportedly “taken a swipe” at him.

According to The Sun, make up artist Lisa has acknowledge today’s events through activity on her Twitter account.

Former couple Lisa, 44, and Ant, 45, were married for 12 years before enduring a bitter split.

They announced their break up in January 2018 and divorced in April 2020.

How has Lisa Armstrong ‘taken a swipe’ at Ant McPartlin?

Ant and Anne-Marie married this afternoon in front of their families and famous friends.

Among the guests for the ceremony were Phillip Schofield, David Walliams and Cat Deeley.

However, a like from Lisa concerning the weather has been interpreted as a no entirely positive reflection of her view of proceedings.

But the only one posted today that she has liked was a tweet directed at her – and refers to Hampshire.

Of course, Ant and Anne-Marie married in Hampshire and torrential rain earlier threatened to derail the day.

How did Lisa Armstrong and Ant McPartlin ans react?

Another person replied to that message: “Hope it [blank] down all weekend.”

However, there was no activity on Lisa’s account concerning said reply.

Others interpreted the original post to be a reference to Ant’s nuptials.

Some suggested all parties have “moved on” while others accused Lisa of making an indirect comment on her ex’s relationship.

ED! has approached a representative for Lisa for comment.

What is Lisa doing with her day today?

Two days ago Lisa posted a snap from the five star Pale Hall Hotel in Wales on Instagram.

Uploading an image of a grand bed, she captioned it: “Well, if it was good enough for Queen Victoria it’s a yes from me!”

And several days ago Lisa shared a picture of herself and electrician boyfriend James Green sitting together in a bar.

Indicating they were away, she added: “#staycation.”

Followers gave her lots of support, suggesting she has experienced an “upgrade”.

“Happiness at last, you deserve it,” said one fan in the comments section.

And another wrote: “Wow economy to business class! Vast improvement. Be happy.”