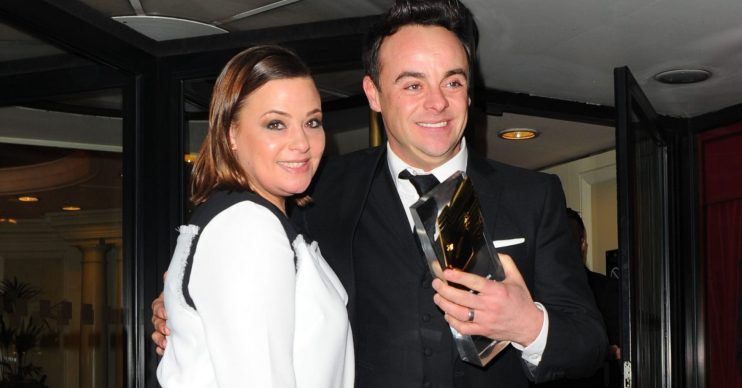 It comes two months after their divorce settlement, meeting face-to-face to share custody of their pet dog Hurley.

The former couple split in 2018 after 11 years of marriage but only finalised their divorce this January following years of alleged bitter rows.

It’s thought that Saturday Night Takeaway host Ant agreed to give Lisa more than half of his £50 million fortune but Lisa has rubbished the claims.

On Twitter, the Strictly Come Dancing makeup artist called reports that they had reached a settlement they were both happy with a “load of nonsense”.

However, The Sun claims a friend told them Lisa has been dropping off Hurley to Ant’s home herself.

They said: “For a long time this just wouldn’t have been possible without an intermediary. Some of the rows at the height of the break-up were utterly explosive.

Read more: Lisa Armstrong to ‘sell £6m home she shared with Ant and move in with pals’

“It’s a huge step forward. Even though they will never be particularly close again, it makes life much easier.”

The friend went on to say that sharing custody of their beloved pet pooch was one of the main sticking points of the divorce.

Now, Ant and Lisa have agreed to be civil they both feel like they’ve had ‘closure’.

Ent Daily has contacted reps for Ant for comment.

Ant and Lisa’s divorce hearing took place in October 2018 but the pair have continued to argue the terms of the settlement Lisa is entitled to.

Why did their marriage break down?

Court documents cited “the respondent has committed adultery and that the petitioner finds it intolerable to live with the respondent”.

Ant began a relationship with personal assistant Anne-Marie Corbett after his split from Lisa but before they officially divorced.

At the time news of their relationship broke, an upset Lisa branded Anne-Marie a ‘traitor’.

She also said that she had been her friend as well as her personal assistant.