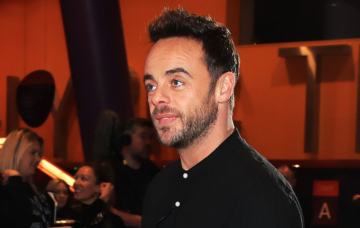 A little help from his friends

One person we admit we hadn’t expected to be offering the presenter up life advice was former Deal or No Deal host Noel Edmonds.

But in an interview with The Sun, the presenter discussed how Ant needed to make sure he had the right support network around him to get better.

Noel, whose “Noel’s House Party” was a huge Saturday night hit in the mid-90s, revealed he’d already been in contact with Ant to help him.

He said: “What Ant needs is rock-solid people around him. People he respects and that speak with love, rather than flippant people who pander to his ego.

“When you go to the darkest place, all reason and logic deserts you and you are very dependent on having good people around you.”

Noel went on to say: “I’m not a professional counsellor so please don’t think I’ve been on the phone every five minutes to Ant. I hope we can get back to enjoying a brilliant talent. They are probably the best live presenters we’ve ever seen in this country.”

Ant is due to appear in court next month. After his arrest, a statement from the Metropolitan Police said: “A man has been charged following a road traffic collision in Lower Richmond Road, SW14 that occurred on Sunday, 18 March.

“He will appear at Wimbledon Magistrates’ Court on 4 April.”

The other half of the famous Ant and Dec duo, Declan Donnelly, is reportedly celebrating some happier news.

It’s said – although so far yet to be confirmed by Dec or his reps – that he and his talent manager wife Ali are expecting their first baby.

The couple wed back in 2015 at a star-studded ceremony attended by the likes of Dec’s telly partner Ant McPartlin, and fellow presenters Holly Willoughby, Phillip Schofield, Paddy McGuinness and Fearne Cotton.

Dec recently made the difficult decision to present the final two episodes of Saturday Night Takeaway alone, and fans bombarded him with messages of support.

The series is due to return next Saturday, March 31st.