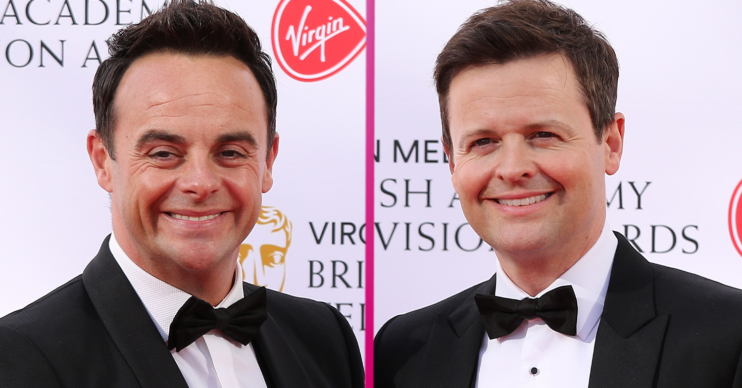 They're said to have lost millions

Ant McPartlin and Declan Donnelly have reportedly been dealt a ‘fresh blow’ following the cancellation of this weekend’s Saturday Night Takeaway.

The show has been pulled off air for a week because ITV is showing the Six Nations rugby.

And now it seems the much-loved presenting pair have had more bad news.

Despite being one of the busiest and most popular presenters on the planet, it’s been reported that the boys have been dealt a financial blow.

According to the Mirror, company filings show Ant and Dec have had around £2.5 million wiped off their wealth in the space of just a year.

One of their main business, Hurley Promotions, named after Ant’s dog, dropped from £5.2m to £2.6m within a year.

The company was established in 2013 to take care of the presenters’ earnings.

Why have the presenters lost money?

It’s believed that the dip in the boys’ bank balance is due to the collapse of a luxury apartment complex in Portugal’s Algarve.

The boys were reportedly buying properties next-door to each other, but the company went bust.

As a result, Ant and Dec – and fellow presenter Phillip Schofield – are said to have lost an estimated £8m after The Keys went bust.

However, we don’t reckon it’ll be long till the boys recoup the money they’re said to have lost.

Their own series Limitless Win was recently recommissioned.

And, not only that, it’s been reported that the boys have signed a whopping three-year deal with ITV.

ED! has contacted reps for Ant and Dec for a comment on this story.

Why isn’t Saturday Night Takeaway on this weekend?

ITV’s schedules have had a bit of a shake-up due to the rugby this weekend.

As a result, the show will not air this Saturday night (March 19).

Instead, it’ll be back on Saturday March 26.

When it was announced on the show this past weekend, a chorus of boos was heard to ring out among the live studio audience.