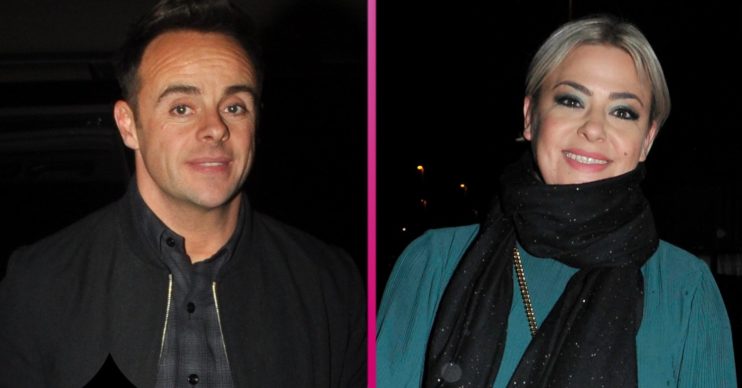 Ant McPartlin barely mentions his ex-wife Lisa Armstrong in his joint autobiography with Declan Donnelly, according to reports.

Ant, 44, was married to make-up artist Lisa for more than a decade but the word ‘divorce’ is apparently only mentioned once.

In Once Upon A Tyne, Dec is said to gush about his wife Ali Alstall and their daughter Isla.

But Ant has reportedly glossed over his marriage to Lisa, 43.

What is Ant McPartlin and Declan Donnelly’s autobiography?

Ant and Dec wrote the book together and it charts their lives and career from 1990.

In one section, the lads reveal that their working partnership was almost split up when Ant entered rehab in 2018.

The star received treatment for a prescription drug addiction and bowed out of both I’m A Celebrity…Get Me Out Of Here! and Britain’s Got Talent.

According to The Sun, Ant has written: “…So much had happened to us both.

“I’d gone through rehab and a divorce and Dec had become a dad for the first time.

“These are seminal points in your life, huge moments that, especially in my case, could have gone either way.”

When did Ant and Lisa get married?

Ant and Lisa, who was a member of the pop group Deuce, met while both performing at a pop concert in the 90s.

I’d gone through rehab and a divorce and Dec had become a dad for the first time.

The pair married in 2006 at a country house hotel following a romantic proposal in Dubai.

But their relationship hit the skids and Ant announced in January 2018 that he and Lisa were to divorce.

At the time, a rep for Ant said: “In response to the recent speculation in the media, Ant is very sad to announce that, after 11 years, he is ending his marriage to Lisa McPartlin.

The couple legally divorced that October, however a bitter legal battle then ensued over Ant’s £70 million fortune.

Read more: Joe Swash tells Stacey Solomon off for ‘treating him like a dog’

Lisa was eventually allowed to keep their £5 million former marital home and received a £31 million settlement. They were granted their decree absolute in April this year.

Since their split, both Ant and Lisa have moved on romantically.