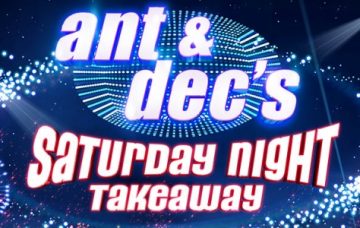 There's been a complaint over their Sofawatch competition

Ant and Dec’s Saturday Night Takeaway could face an Ofcom probe following one complaint over its “Sofawatch: Battle of Britain” competition.

A viewer claims they were denied the chance to win the prize of a holiday to Florida despite turning up before the deadline for entry had passed.

In the competition, hosts Ant and Dec show video of a sofa in secret locations across the UK.

If viewers recognise the spot, they must head there immediately and register for a place in the competition.

They’re up against the clock as the show is filmed live.

Once registered, they could then be selected to take part in a game of rock, paper, scissors against someone else at another sofa location in the UK.

The winner gets a ticket for themselves and three guests to the series finale of the show, which was filmed in Orlando, Florida.

One viewer has now complained they were never given the chance to win as they weren’t registered before the cut-off time, despite claiming they made it to the mystery location before it was revealed on the show.

They have contacted, Ofcom, the UK’s communications regulator, regarding the incident which took place during the Saturday, 10 March episode.

Ofcom is now looking into whether content standards were breached regarding its broadcast competition rules.

Every time Ofcom receives a complaint from a viewer or listener, the complaint is assessed under the Broadcasting Code to see if it needs further investigation.

An Ofcom spokesperson told ED!: “We are investigating whether this programme broke our broadcast competition rules.”

Under their rules, “broadcasters must ensure that viewers…are not materially misled by any broadcast competition,” and “Broadcasters must draw up rules for a broadcast competition. These should be clear and appropriately made known. In particular, significant conditions that may affect a viewer’s or listener’s decision to participate must be stated at the time an invitation to participate is broadcast.”

A spokesman for ITV confirmed to ED! they “are responding to Ofcom”.

On the ITV website, the competition rules for Sofawatch state: “You understand that by being in attendance at a Location does not guarantee that you will be Registered before the Deadline.”

The series finale of the show took place on Saturday, April 7.

ITV flew a planeload of competition winners and their guests to watch the live broadcast from Universal Studios, which featured performances from The Rembrandts and Jason Derulo with special guests Craig David, Denise Richards and Mark Wright.