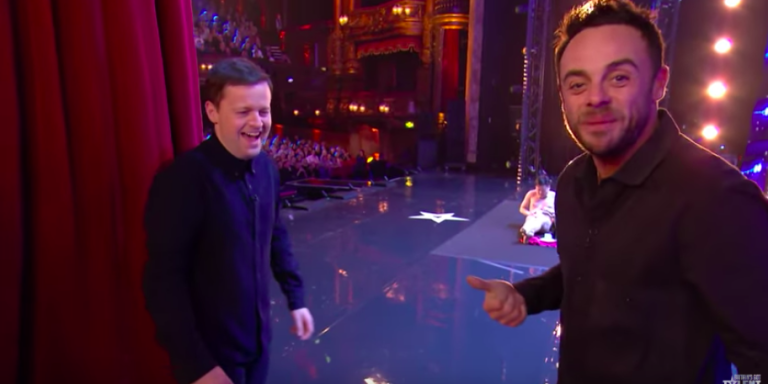 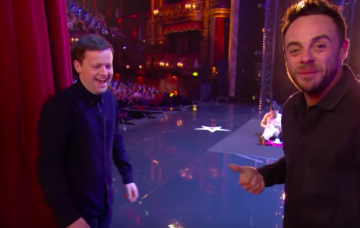 And it's all Simon Cowell's 'fault'

Ant and Dec’s TV comeback gig has reportedly been thrown into jeopardy – and it’s all Simon Cowell’s fault.

The telly faves were set to reunite at this year’s National Television Awards on January 22.

According to the Daily Star, the Geordie duo were slated to appear at the event, and on the red carpet beforehand.

However Simon Cowell is said to have double-booked them for Britain’s Got Talent filming on the same night.

Ant and Dec, both 43, have won the Best Presenter award at the NTAs for the past 17 years.

But now bookies are tipping Holly Willoughby to steal that crown, with Betway slashing her odds to 5-2.

Her closest rival is Phillip Schofield at 8-1.

The shortlist of NTA nominations is due to be revealed this week.

Ant has, of course, been taking time out from his TV career to concentrate on getting himself back to full health after a difficult couple of years.

He and Dec last appeared on the box together last March, during the last series of Saturday Night Takeaway, but Ant’s appearance was cut short after he was arrested for drink driving.

At the end of last year, fans were delighted to hear that Ant had returned to work filming the audition stages of Britain’s Got Talent alongside his partner.

A spokesperson for the presenters has said: “We will let people know what Ant and Dec’s plans are once it’s decided.”

Are you excited to see them reunite? Leave us a comment on our Facebook page @EntertainmentDailyFix and let us know!