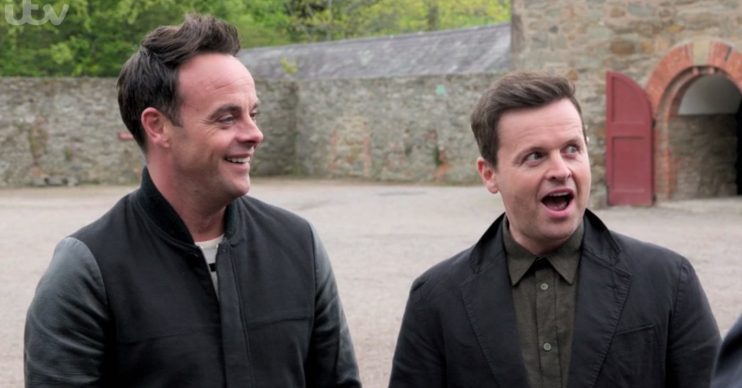 ITV hope to ward off interest in Ant McPartlin and Dec Donnelly from Amazon with a whopping three-year deal keeping the Geordie duo with the broadcaster, according to a newspaper report.

The Sun on Sunday claims the presenting pair are to sign a ‘record’ £40million contract to stay with ITV – with the potential of it ending up being worth £50million if the stars decide to extend beyond three years.

It is also reported their current agreement runs out on New Year’s Eve and that TV bosses had been “thrown into a panic” by Amazon allegedly showing interest in ITV’s “most prized assets”.

An anonymous TV insider is reported to have told the tabloid: “With their current golden handcuffs deal up for renewal, other broadcasters have been sniffing around – most notably Amazon who still have a lot of cash to splash.

Read more: Caroline Flack flies to LA to ‘find herself’ ahead of her assault trial in March

“There was talk of them getting their own series on the streaming giant. ITV are desperate to prevent this and have come in with a new, big, big money, three-year deal.”

It is understood the extension would see them continue to front I’m A Celebrity, Saturday Night Takeaway, Britain’s Got Talent and further episodes of Ant and Dec’s DNA Journey.

Other broadcasters have been sniffing around.

The source goes on to claim that terms for the new deal are yet to be agreed upon but finalising terms is considered urgent ahead of the upcoming series of BGT, which starts in three weeks.

The Sun also suggests Ant and Dec were “reluctant” to commit to five years with ITV due to the investment that streaming services such as Amazon and Netflix receive.

Read more: Gemma Atkinson reveals why she won’t be making a return to Emmerdale

The 44-year-old pals are also said to be keen on developing new series for ITV and will be more hands on behind the scenes.

Another unidentified source concluded about the reported 25% hike in their earnings: “Fifty million pounds may sound like a lot of money but that covers four shows instead of three as well as format development. They could have easily matched this with Amazon.”

It is thought the mega deal would confirm Ant and Dec’s standing as the highest paid TV presenters on terrestrial telly ahead of the likes of Gary Lineker, Phillip Schofield, Holly Willoughby and Piers Morgan.

ED! has approached a representative for Ant and Dec for comment.