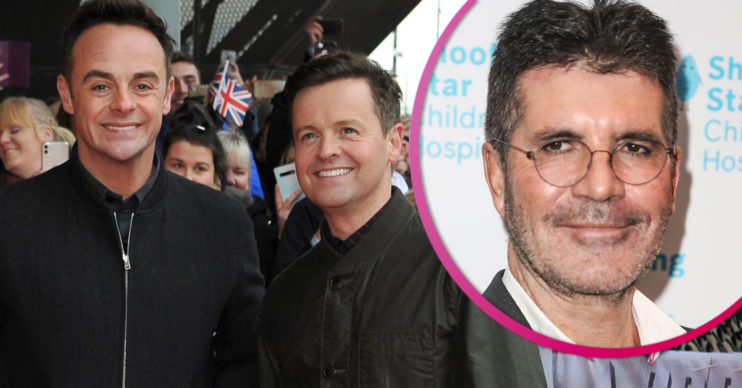 The pair host the talent show

Ant and Dec were once “strongly considering leaving Britain’s Got Talent” after feeling they were being “sidelined”.

The TV presenting pair have admitted they held showdown talks with Simon Cowell.

The pair felt as though they “hardly seemed to feature” on the show, despite “very long” days of filming.

Read more: Ant and Dec to ‘return to the BBC’ for the first time in 10 years

What did Ant and Dec say about Simon Cowell?

In their new autobiography Once Upon A Tyne, serialised in The Sun newspaper, Ant says: “It was on a trip to America, in 2012, where we had to have a serious conversation with Simon.

“The previous series of BGT had been especially tricky for us two.

“The audition days had been very long, which in itself we don’t mind, but after filming interviews and interacting with every single act, as well as making jokes, giving reactions and everything else we always do, we found that when the show went out on TV, we hardly seemed to feature in it at all.

“We began to feel that we were wasting our time doing the auditions because all the footage of the work we were doing was ending up on the cutting-room floor.”

The experience left us feeling like we were being sidelined.

Dec adds: “And, what’s more, with Saturday Night Takeaway about to come back into our schedule, we could have been putting our efforts into that in January, when the auditions happen.

“The experience left us feeling like we were being sidelined.”

The pair visited ITV bosses about departing the programme, but they agreed to have a meeting with Simon.

Dec adds: “We’d been to see the bosses at ITV and told them we were strongly considering leaving BGT.”

The trio met in an LA restaurant and sat outside “mainly so Simon could smoke”.

How did Simon Cowell react?

The Geordie duo sat either side of Simon “so [they] could do the full pincer movement”, before the pair “let him have it with both barrels”.

Ant says: “We told him everything – that we weren’t being used, that we could be doing other stuff, that maybe someone else should take over.”

Dec says he promised the pair they would never feel that way again.

He adds: “He desperately wanted us to stay and we told him we’d do the next series and see how it went.

Read more: Ant and Dec ‘looking to branch out on streaming services like Netflix’

“To be fair to him, he was as good as his word, things did change.”

The BGT semi-finals will return on September 5.

But Simon will not be on the judging panel after recently breaking his back when he fell off his electric bike.