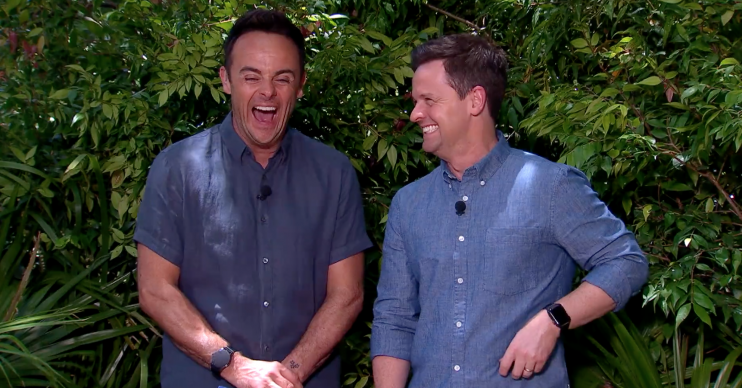 Jungle hosts Ant and Dec have revealed what they get up to during their I’m A Celebrity downtime.

And it’s fair to say the revelation has confused the duo’s fans.

The boys shared a picture to Instagram last night of themselves watching the Newcastle FC football match on a laptop in between takes.

However, as the shot was taken from behind, Ant and Dec appeared to be sitting the wrong way round.

As you look at the Geordie duo, Ant is usually always on the left, while Dec takes his position on the right.

“Dec is on the left,” said one of the pair’s followers. “I believe this is called a glitch in the matrix.”

Confusing seeing names the opposite way round. Fried my head.

“Arargh you’re the wrong way round!” exclaimed another.

“I have anxiety because you’re the wrong way round from this angle,” said another.

Fans also commented on the fact that the boys had their names written on the backs of their chairs – and they read Dec and Ant.

“Confusing seeing names the opposite way round. Fried my head,” said one.

“Dec and Ant. Ooof!” said another.

“Chairs need switching around – I can’t deal with this,” a third added.

Others said the boys should’ve got on with their day job of actually hosting the show seeing as their team lost 2-0 to Aston Villa.

Ent Daily earlier revealed that I’m A Celebrity fans have slammed Ant and Dec for getting “too big for their boots” and said their attitude “may come back to bite them”.