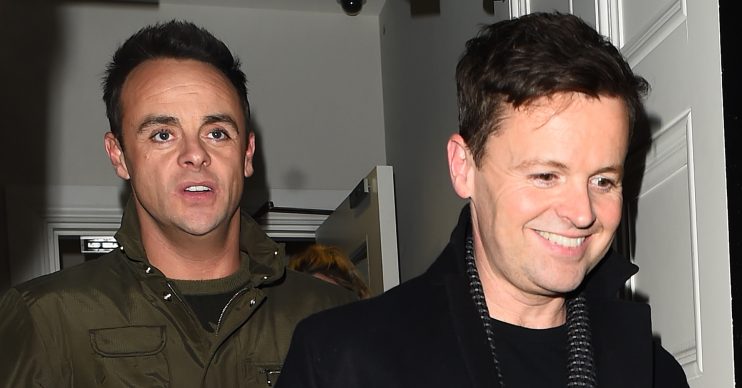 That's not how it's supposed to be!

Fans of Ant McPartlin and Dec Donnelly are fuming about the seating arrangement at this Sunday’s TV BAFTAs.

The award show’s official Twitter page posted a teaser of the seat plan earlier today (May 9) and some users pointed out that the duo’s seats were the wrong way around – making them ‘Dec and Ant’.

Just some of the stars you'll see at the @virginmedia #BAFTATV Awards this Sunday! Who can you spot in the crowd? 🤔🤩📺 https://t.co/bQu0svkIxP pic.twitter.com/fwYw9QzWrl

The account captioned the pic: “Just some of the stars you’ll see at the @virginmedia #BAFTATV Awards this Sunday! Who can you spot in the crowd?”

Someone else joked: “My OCD can’t cope with @antanddec being the wrong way round.”

Another wrote: “I can see Ant and Dec, wait I mean Dec and Ant. BAFTA you need to switch them around.”

A fourth demanded: “Why are Dec and Ant in the wrong chairs? It should be Ant and Dec!”

Others stars featured in the seating plan included Bobby Berk from hit Netflix series Queer Eye and actress Jodie Comer, one of the stars of BBC drama Killing Eve.

Good Morning Britain host Piers Morgan also featured, although he wasn’t happy to have been seated so far from the front row.

He tweeted to the BAFTA account: “I’d better be nearer the front than that…”

I’d better be nearer the front than that…. https://t.co/k98PuItVw5

Ant hasn’t attended the award ceremony in two years, but following his break from TV and his grand return to Britain’s Got Talent, it appears the presenter is ready to sit alongside Dec once more – albeit on his left.

Dec was forced to appear at the event without him last year, although he wasn’t completely alone.

His wife, Ali Astall, walked the red carpet beside him in her first public appearance since they announced their pregnancy two months previous.

Ant and Dec are up for four TV BAFTAs this Sunday.

Read more: Ant and Dec secretly auditioned for Britain’s Got Talent in disguise

Taking place at the Royal Festival Hall in London, this year’s show will be hosted by Graham Norton, with other presenters including Holly Willoughby, Sir Lenny Henry and Danny Dyer.

Should the BAFTAs switch And and Dec’s seating? Leave us a comment on our Facebook page @EntertainmentDailyFix and let us know what you think.