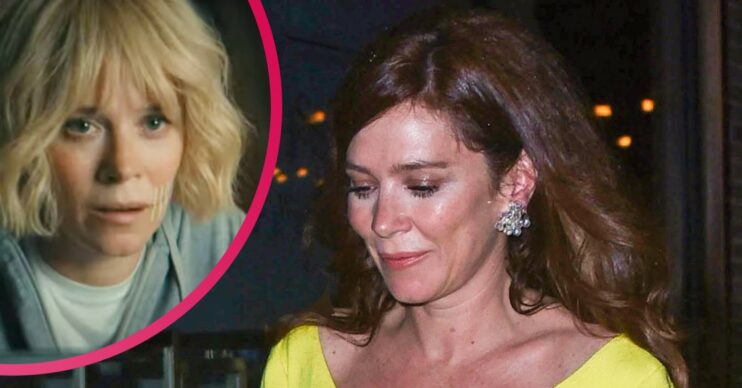 Opened up about why she sought out therapy

TV star Anna Friel has opened up about undergoing therapy after lockdown prompted her to examine her life.

The Marcella actress, 44, admitted she felt compelled to re-evaluate her life-work balance when the world ground to a halt.

And she also revealed during a podcast interview how one revelation she made defied her therapist’s expectations.

Speaking to David Morrissey on his Who Am I This Time? Podcast, ex Brookside star Anna said she had been analysing how important her work is to her in comparison to her personal relationships.

Anna said: “You’re so driven by your work. And you realise, particularly with this lockdown for me, it’s the first time I’ve ever stopped for this long.

Read more: Marcella on ITV: Five burning questions we have after the series three finale

“[And so I’ve] really resetting and re-evaluating what’s been my driving force. Have I given as much to my relationship as I have my work? I know I have [given as much] with my child, because she’s always been there.

“[Relationships] do need work and time, just as much as your job does.”

‘My therapist couldn’t believe it’

Anna also explained how the second lockdown gave her “itchy feet” and left her frustrated. But when she turned to therapy, her therapist was shocked at how Anna hadn’t experienced a similar process previously.

Anna added: “I started to meditate. And I’d never had therapy in my life until about eight weeks ago for the very first time.

I’d never had therapy in my life until about eight weeks ago.

“[The therapist] couldn’t believe it. She said: ‘You’re a child actress and it’s the first time you’ve had therapy at 44 years old?'”

Anna went on to suggest she believes she was ‘overthinking’ matters.

She also suggested that putting herself in her characters’ mindsets may have contributed to her situation.

Anna added: “I think I was scared to stop and I wasn’t really dealing with things.

Read more: Marcella actress Anna Friel: Is she single after heartbreak during lockdown?

“I’d be subconsciously pushing them somewhere and letting them come up ready for the next character.

“And thinking: ‘You have to be in a certain mindset, otherwise I won’t be able to do it.'”

She told The Times: “Going through heartbreak during lockdown hasn’t been easy.

“I am one of those lockdown statistics where the relationship didn’t work.

“Normally you can busy yourself, and go to meet other people. But to actually have a break-up and be on my own during lockdown just with my daughter… But there’s always someone worse off.”