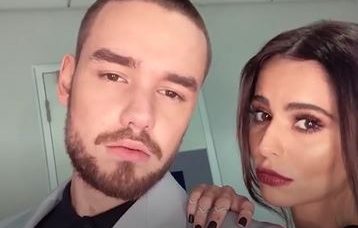 The former X Factor judge sent an angry tweet on Thursday morning following suggestions she and Liam were putting on a loved up front for the cameras amid split rumours.

Cheryl, 34, said: “Oh stop, no one cares who’s been speculatively arguing or not in their relationships. Use your platform to put something productive in your columns.”

Referring to her Prince’s Trust Cheryl’s Trust Centre in Newcastle, which launched on Tuesday, she added: “I opened a centre this week that could help thousands of youth!!!!”

The former Girls Aloud star signed off by tweeting: “…Oh and your ‘stunt’ theories are just ludicrous and a bit weird.”

So, there we have it!

Cheryl and Liam, 24, faced claims over the weekend they were going through a rocky patch because they were struggling to spend time together.

She’s been in the UK looking after their son Bear, 11 months, working on new music and putting the finishing touches on her Cheryl’s Trust Centre.

Former One Direction star Liam, meanwhile, has been flying around the globe promoting his solo career.

But they shut down all the speculation with a tactile and loved up display on the BRIT Awards red carpet, followed by a naughty joke about their sex life during the live show.

When host Jack Whitehall interviewed the couple about Liam’s performance of a song from the Fifty Shades Freed soundtrack, he cheekily asked if they had a safe world.

The couple also posed together on Instagram Stories, with a video published on Liam’s account showing Cheryl’s legs draped across him as they sat backstage.

But yet the ‘publicity stunt’ speculation persisted.

Perhaps now Cheryl has spoken out, everybody can move on…

Cheryl and Liam’s appearance at the BRITs came the day after she opened her youth centre in Newcastle, which aims to help thousands of disadvantaged young people learn skills for the workplace, find employment or set up their own businesses.

Liam reacted by gushing on Instagram: “How you find the time to do this I’ll never know. Over many years you’ve put all this together and put your heart into such a great cause!

Read more: Este Haim phones Cheryl to explain upstaging her at the BRITs

“No, it doesn’t bother me at all because my focus is solely on this,” she said.

“I’ve waited for seven years to finally be here and none of that matters. This is the most important part for me.”

Are you happy Cheryl has set the record straight? Leave us a comment on our Facebook page @EntertainmentDailyFix and let us know what you think!