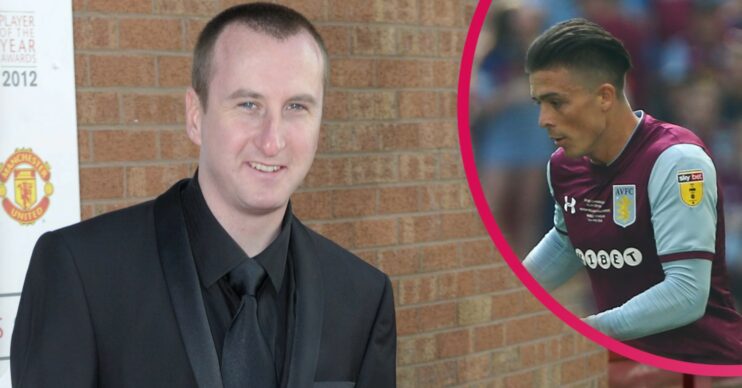 Hollie Grealish couldn’t believe her luck when she saw the soap actor – who plays Kirk Sutherland on the Weatherfield drama.

The younger sister of Premier League ace Jack was celebrating turning 18 with friends and family when her brother’s surprise guest turned up.

Andy posed for pictures with the pair – both of whom are huge Corrie fans.

He then posted the snaps to his Instagram page as he wished Hollie a Happy Birthday.

Andy wrote:  “Absolute pleasure to surprise Hollie Grealish. One of the biggest Coronation Street fans I know tonight for her 18th Birthday.”

A delighted Hollie – who looked stunning in a silver embellished dress for her bash – couldn’t hide her excitement as she thanked him.

She replied: “You’ve made my night complete, thank you so much for coming, hopefully I’ll see you soon xx.”

And kind-hearted Andy assured Hollie they will meet again in the future as he said it had been lovely to meet his footballer chum’s sibling.

He posted: “You’re more than welcome Hollie it was lovely to finally meet you, enjoy your birthday tomorrow and I’ll see you again soon  xx.”

Andy wasn’t the only one making surprise appearances over the weekend.

Jack delighted fans of rapper Stormzy who had headed to Leeds Festival over the Bank Holiday when he got on stage with him.

The England player was seen mingling at the event throughout the day before his chart-topping pal called him out to say hello to the crowd during his headline set.

Jack came on stage wearing a white hoody and floppy bucket hat as he waved at the crowd.

He then quickly hugged Stormzy before heading back behind the scenes.

The move did come as a surprise to some as Stormzy – real name Michael Owuo – is a Manchester United fan.