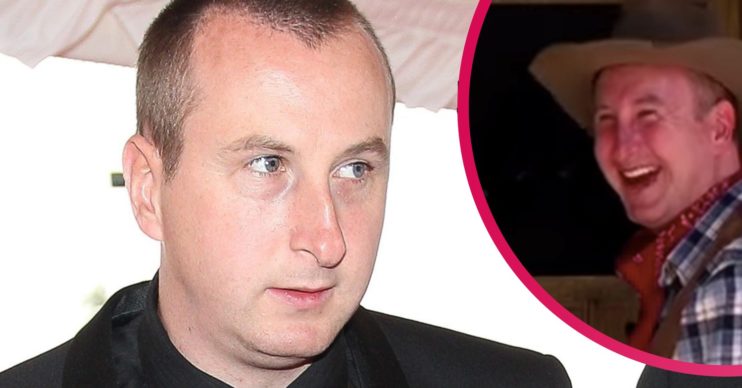 Andy Whyment has responded to the new I’m A Celebrity… Get Me Out Of Here! format.

The Coronation Star, 39, was a viewer favourite on 2019’s I’m A Celebrity series.

Taking to social media, he says he is excited to see how the new location will play out.

ITV has formally announced that this year’s series will be filmed in the United Kingdom.

This is the first time in the series’ 18-year history it will be filmed outside of Australia.

Andy Whyment on I’m A Celebrity

He also shared a photo of himself with last year’s celebrity camp mates.

He captioned the post: “The wrap party in Australia it’s mad to think the show is gonna be done in the UK this year due to COVID.

“But I’m really excited to watch it as I’m sure you all know how much of a massive fan I am of the show, it’s certainly gonna be different but it’ll still be as amazing as it always is I’m sure @imacelebrity #UK.”

Although Andy seems very positive about the new destination, several of his followers expressed their concerns.

It’s gonna be in a ruined castle in the countryside somewhere.

One worried user wrote: “Don’t think it will be the same this year. Shame really as I love the show. Hopefully I’m wrong though.”

However, Andy replied with: “It’ll certainly be interesting.”

Another user shared: “They’re doing it in the UK? But we haven’t got any decent woodlands to do it in.”

Andy explained: “It’s gonna be in a ruined castle in the countryside somewhere.”

Despite his positivity, Andy joked that he was happy to have experienced the show in the sunny Australian jungle.

A further user commented: “Bet you’re glad you got to do it in Oz. It’s an amazing show, can’t wait for it to come back on.”

Andy candidly replied with: “I sure am” followed with a series of smiling face emojis.

The Corrie star, who plays Kirk Sutherland, was a runner-up on the 2019 I’m A Celebrity series.

He lost out to winner Jacqueline Jossa.

ITV confirmed on Friday, August 7, that I’m A Celebrity will take place in a British castle this year.

ITV Studios director of entertainment Richard Cowles said: “Our celebrities will probably have to swap shorts for thermals but they can still look forward to a basic diet of rice and beans and plenty of thrills and surprises along the way.”

He added that they had desperately tried to keep the show in Australia: “Unfortunately, due to the ongoing COVID-19 pandemic and despite us looking at many different contingencies, it became apparent that it just wasn’t possible for us to travel and make the show there.

“However, we are all really excited about a UK version of I’m A Celebrity. While it will certainly be different producing the show from the UK, the same tone and feel will remain.”

ITV has not yet confirmed the exact location.

Will you still watch this year’s I’m A Celebrity? Leave us a comment on our Facebook page @EntertainmentDailyFix.