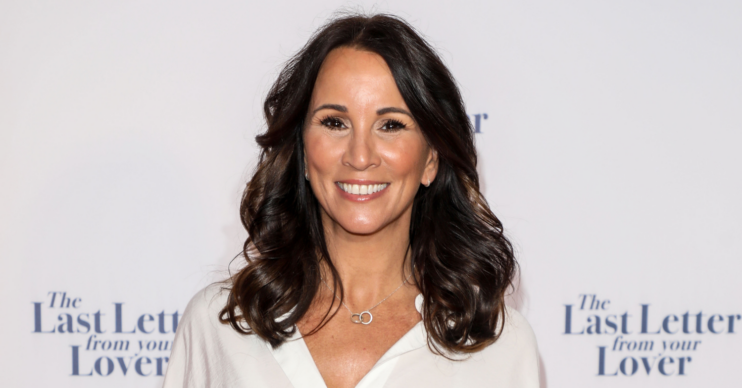 The star was part of Loose Women for 13 years

Andrea McLean has spoken about her money worries after all her brand deals fell through when she left Loose Women.

The daytime TV star admitted it felt like a ‘punch in the stomach’ after she revealed her career move in November 2020.

Like many of us, the pandemic caused her to rethink her goals, following a ‘rough year’.

Speaking to Johnny Seifert on the Secure The Insecure podcast, 52-year-old Andrea said: “When I made the announcement I was leaving TV to follow my heart and dreams, go all-in on This Girl Is On Fire, obviously we put a lot of planning into this moment because obviously, it’s a huge jump.

“I was the breadwinner and this was the job that was paying the bills but everyone in TV does jobs as well.”

This Girl Is On Fire is Andrea’s new project.

Nobody cares about you, they care about what you represent

It includes a mindset app for women and is also the name of her memoir, released in 2020.

But Andrea revealed she was forced to make sacrifices to follow her new dream – including burning through her savings.

She added: “On the day that I announced I was leaving, every brand dropped me… so I went from, ‘OK I knew I had this amount of money coming in and this much work that will see me through the next six to eight months.’ It disappeared overnight.

“That’s how big a deal moving away from TV is. It was financially like a punch in the stomach, my safety net was gone.

“I was like: ‘Oh my god, I only have my savings. I can’t turn back and change my mind, I have no other income.’

“Nobody cares about you. They care about what you represent, and I had just stepped away from a high profile job.”

After the shock revelation that she had been dropped by certain brands, she felt they didn’t value her worth.

Andrea said brands only cared about her profile – although they say they’re ‘all about raising women up, making us feel good’.

But Andrea has no regrets about making the move from Loose Women.

Speaking on Lorraine last month, Andrea said: “This is my first time being back on TV and back in the room that we share with Loose.

“It was a [brave decision] and the reason the whole book came about was because at the time so many people said to me you’re so brave to do that thing, to pivot.

“And all I kept thinking was I don’t feel brave. I feel really scared but it was just something I really needed to do.”