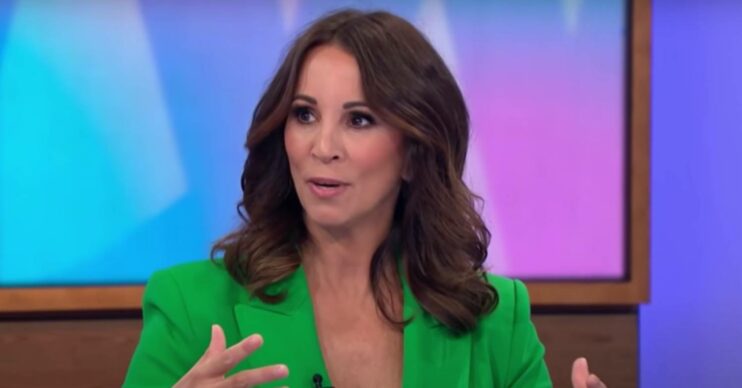 Andrea McLean, the former Loose Women host, has revealed she was ’embarrassed’ by her marriage to her second husband.

The daytime TV star, 52, has been married three times and has found happiness with hubby Nick Feeney.

But in an interview with The Sun Andrea admits she found it difficult to speak to friends about her ex while they were together.

Detailing her romantic history, the mum-of-two indicated things weren’t right between she and her first husband Nick Green before their 2000 wedding.

She explained that having a son two years later unfortunately did not bring them closer together.

A year later, having reached a point of “absolute disconnect” with Nick, she met Steve Toms on the set of makeover series Our House.

Andrea, lonely in her marriage, said she was attracted to Steve because she felt like he would look after her.

But following her divorce from Nick and during her subsequent relationship with Steve – they went on to marry in 2009 –  Andrea told the tabloid she came to realise there were signs it may not work out.

‘Desperate for a happy ending’

Andrea, who quit her Loose Women role in December 2020, said she was embarrassed to address problems in her marriage with pals.

She said: “I put a lot of pressure on myself to make my second marriage work.

I put a lot of pressure on myself to make my second marriage work.

“I was still desperate for that happy ending. But the cracks started to show early on.

“Due to the way our relationship overlapped with my previous marriage, I was embarrassed to talk about how incompatible we were with friends.”

Andrea went on to say she reckoned love wasn’t for her after splitting from Steve on Boxing Day 2011.

But two years later she met Nick on a blind date – and she soon realised he was ‘The One’.

They married four years after they were set up and Andrea has no regard for what anyone may think about her being married on three occasions.

All that matters to her is that she has found her soulmate.