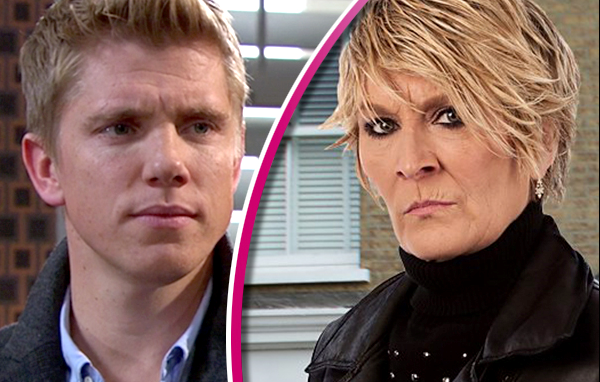 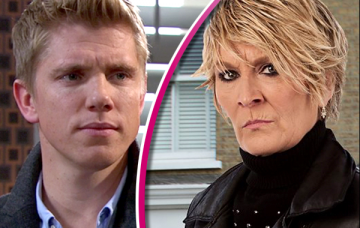 It’s not that often that we have to choose between our favourite soaps thanks to the lovely TV scheduling guys kindly putting them on at different times.

But, thanks to SPORT and stuff messing things up over the next few weeks, we’re going to be in a bit of a dilemma tonight with Emmerdale kicking off an hour special at 7pm on ITV but then EastEnders starts it’s own hour-long ep at 7.30pm on BBC One.

Now, Emmerdale is a bit of a biggie tonight because it’s all about Robert Sugden and Aaron Dingle – AKA the mighty Robron – and apparently they’re going to get back together or something?

There’s also rumours flying around that another Dales couple are going to fall into each other’s arms and live happily ever after.

And there’s also all the fallout from David Metcalfe catching Tracy in a hotel room, with a naked man chained to the bed.

But then over in Walford we need to know if Vincent Hubbard really has bailed on his wife and child, or if he’ll be handed a lifeline to keep Aidan Maguire off his back.

Shirley Carter makes a horrifying discovery when she finds out the men’s loos at the Vic are being used to deal drugs.

Don’t ask us what she’s doing in the Gents.

The mysterious Hayley is back and showing quite the interest in Martin’s fruit and veg (nudge, nudge) but is he right to trust her? No, of course not.

And the ever lovely Mick Carter returns from Manchester – but he’s in for a shock.

It’s so hard to choose.

And yes, we are aware of catch-up TV, but it’s much more fun to watch soaps live before you find out everything that’s happened on your social media timelines.

Which one will you be watching? Leave us a comment on our Facebook page @EntertainmentDailyFix and let us know what you think!

Emmerdale starts at 7pm on ITV and EastEnders is on from 7.30pm on BBC One