Amy Childs has reportedly split from the father of her second child.

The 29-year-old reality TV star - who has daughter Polly, two, with her ex-boyfriend Bradley Wright -  welcomed a baby boy with her businessman partner Ritchie in September 2018.

However, it's been reported that the pair ended their relationship secretly a few months ago after almost two years together.

They broke up on good terms and will remain friends.

Spending time with my babies and realising how lucky I am to have them both 💙💖 Sorry I haven’t been on social media the past couple of weeks I wanted to spend time with my son and Polly. It’s been really refreshing not constantly being on social media but I just wanted time with my two beautiful children and my partner 👶🏼we are so lucky 💙💗

Read more: Lauren Harries fuming after being called 'too old' by contestant on Naked Attraction

A source told The Sun Online: "They broke up on good terms and will remain friends. He's still a big part of her son's life and sees her regularly.

"Her children are the biggest part of her life and they both want the best for their children."

Another pal added: "Some thought she'd be in bits over the break-up, but she's happy, really focused and looks glamorous. She's got a really good friendship and family network."

Ritchie has been described as a "high-flying businessman" and Amy previously revealed she was pleased with his decision to stay out of the spotlight.

She told OK! Magazine: "He has a good job and he just doesn't want to be involved. 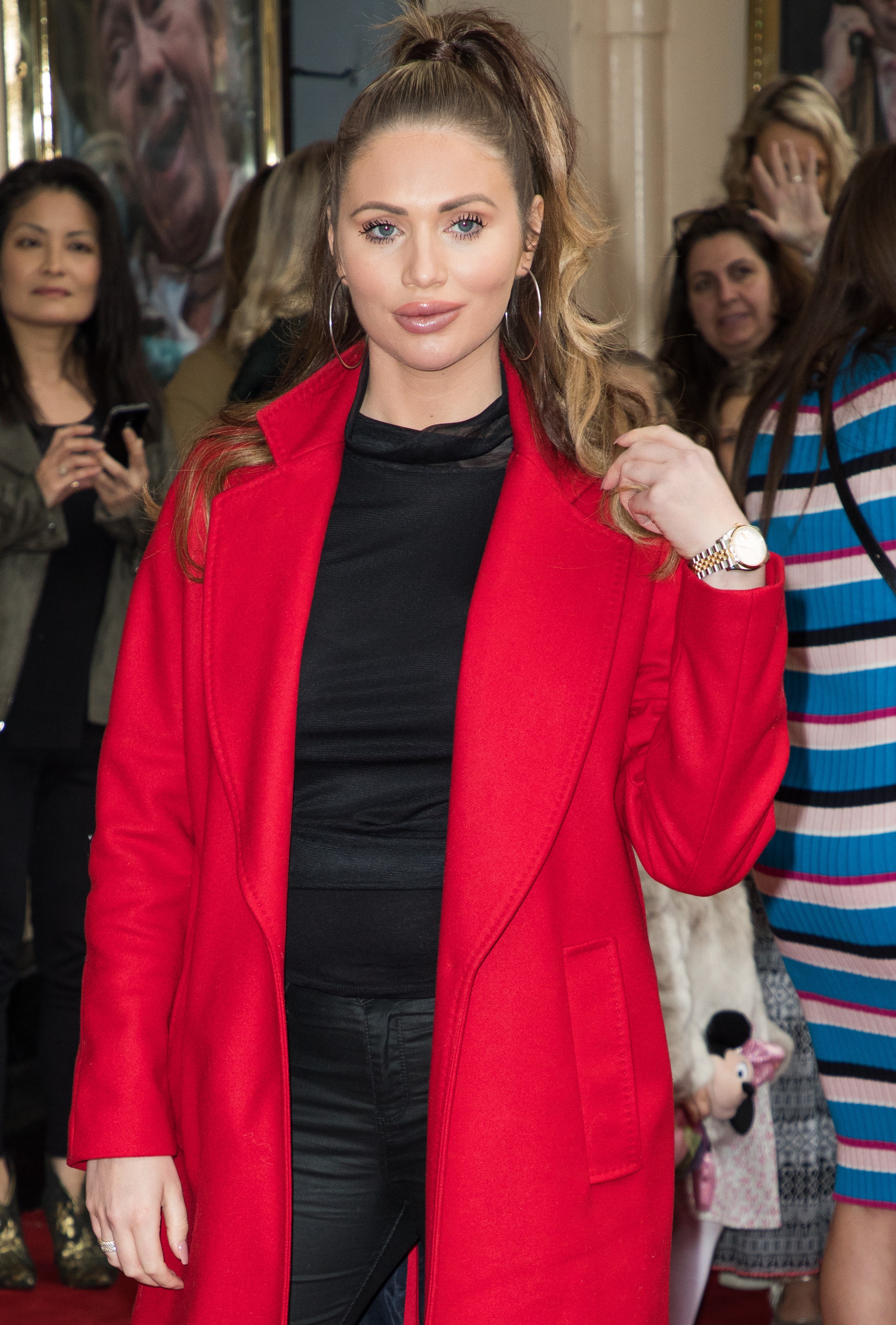 Amy previously revealed she was pleased with his decision to stay out of the spotlight (Credit: Wenn)

"He tells me 'I love Polly and I'll love the newborn, but I don't want to be a part of it,' and I have to respect that.

"With Ritchie, it's so refreshing to be with someone like that. I've had boyfriends who've been fame hungry, so it's nice to keep it separate."

Amy discovered she was pregnant with her son - who will turn one next month - just eight months after Polly was born and admitted she was shocked by her second pregnancy.

She previously told the publication: "It was a really big shock. A little bit of me thought because it happened so soon after having Polly that I might have a miscarriage, as it's happened to a lot of my friends.

"But I tried to be positive and thought if this happens then it's meant to be.

Park days with my princess are the best,..... 💗☀️ Why is it so hard getting a picture with a toddler 😩😘 Thank you @jameswsilk for my new glasses in love 😆

"It's overwhelming thinking about how quickly it happened, but now I truly believe it's meant to be. It took me so long to have Polly."

Amy said she "cried every time" she came on her period because she "wanted a baby so much".