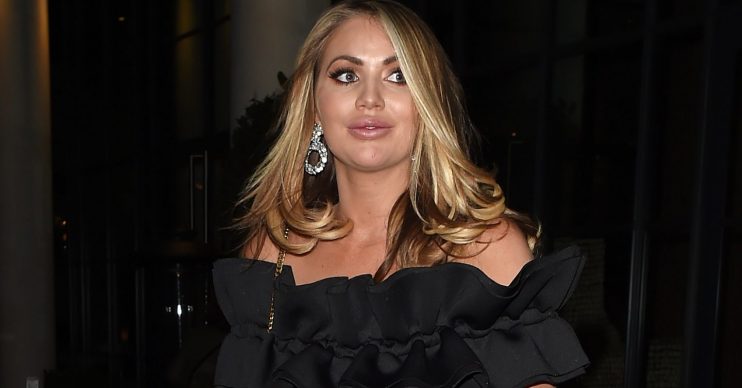 Named after his dad

Reality star Amy Childs has revealed her son’s name is Rich after keeping his moniker a secret for 18 months.

And according to The Sun, she revealed the tot was named after his dad.

Read more: Coronavirus: Gemma Collins in tears as COVID-19 forces her to close down her boutique

She let slip, while speaking at an event recently: “I love everything about being a mum. My daughter’s getting older now, she’s three now and she’s just absolutely amazing. She’s a girly girl, and my little boy Rich is amazing. He’s a lovely little boy. Being a mum is the best thing I’ve ever done and I love it.”

Amy – who also has daughter Polly, who turns three in April, with ex Bradley Wright – had previously insisted she would not make her little boy’s name public.

Her wish is to keep his life as private as possible.

She explained: “It was something when I was pregnant that we decided to do, and obviously I put Polly on social media, but with my little boy, we just decided not to.

“It is hard because sometimes I just want to show him off, but at the same time we did decide it.”

I love everything about being a mum.

Speaking at the time of their break-up, sources close to the star said the pair were still “friends” and Ritchie would continue to play a “a big part” in his son’s life.

One source claimed: “They broke up on good terms and will remain friends. He’s still a big part of her son’s life and sees her regularly.

“Her children are the biggest part of her life and they both want the best for their children.”

Last month, Amy revealed she had battled depression in secret after splitting with Ritchie and struggling to be a single mum.

Amy, who was on this year’s Celebs Goes Dating on Channel 4, opened up about how her condition got so bad her family was thinking of staging an intervention.