Share Share Share
Amber Gill has moved in with her Love Island co-star Anna Vakili, following her recent heartache.
The 22-year-old beauty therapist won the ITV2 reality show alongside Greg O'Shea, but the pair went their separate ways last week, just weeks after leaving the villa.
Amber has now revealed she's decided to move in with Anna, who became her closest pal during their time on the show. 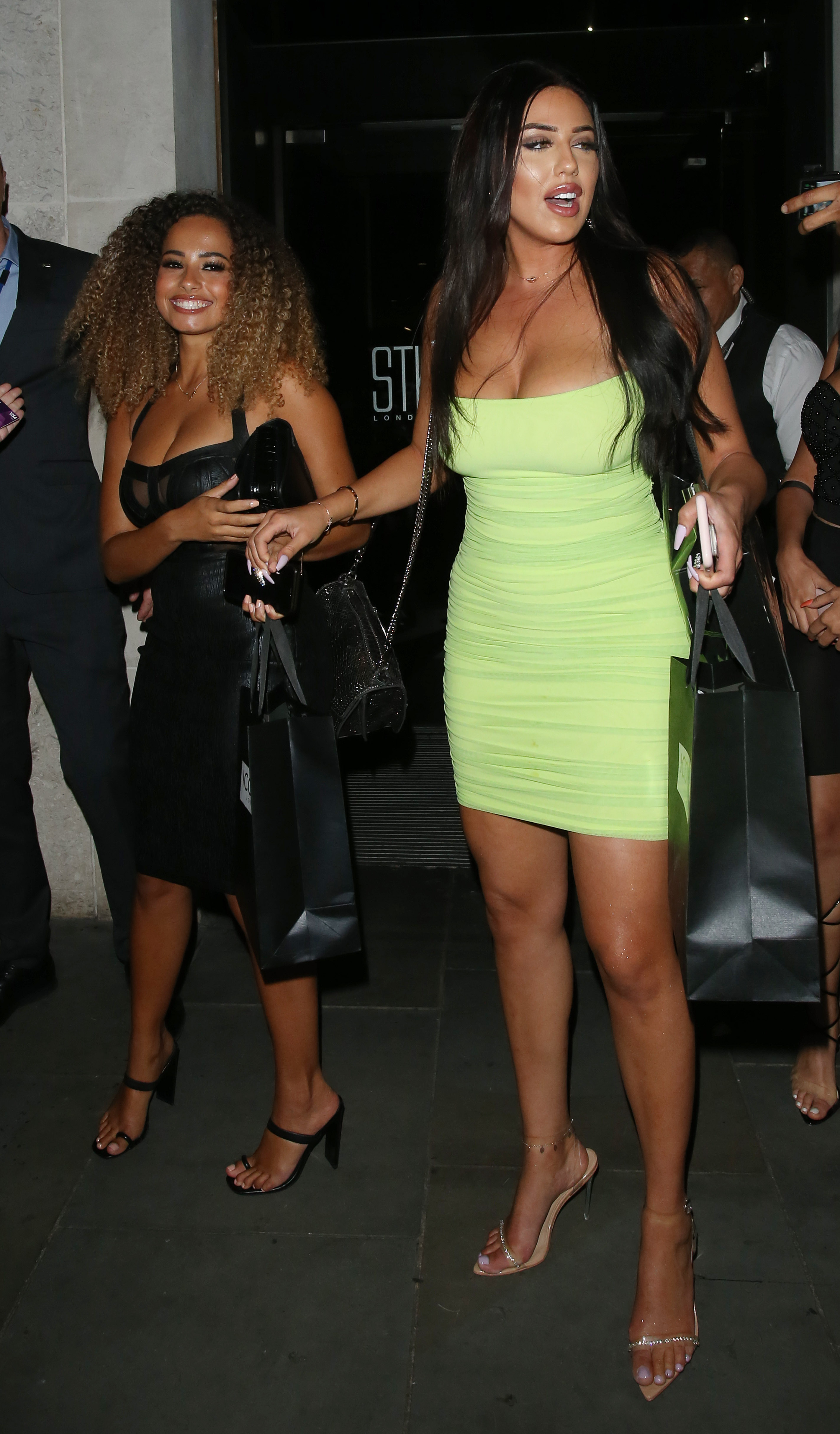 Amber and Anna made a strong friendship in the villa (Credit: Splash News)

I've moved in with Anna which is lovely, she's been with me from the start.

Read More: Amber Gill has confirmed that Greg O'Shea broke up with her via text
Speaking to The Sun newspaper at the TV Choice Awards in London on Monday (09.09.19), she said: "I've moved in with Anna which is lovely, she's been with me from the start."
Amber also spoke about the reaction she's received from the public since leaving the villa, as she said she's "amazed" by the "support" people have given her.

She added: "I think because I was there for so long I had no idea what I was coming out to, so the amount of love and support I've received has been amazing.
"I think I went in the villa with about 4,000 Instagram followers then I came out with 2 million and now I've got 3 million and it's crazy and everyone recognises you, but I'm so happy.
"It makes me happy that I'm making people happy."

Me to me: If you're already late take your time you can't be late twice

And although things might not be going smoothly in her private life, the brunette beauty insists she's excited for the opportunities she has lined up in her career.
She said: "I'm getting loads of opportunities but because I didn't go into it expecting to get a career out of it, I'm just taking in all the opportunities and then picking what I like the best and that's what I'll pursue.
"I'm just kind of sussing it all out, but I really enjoyed radio and I enjoy TV too, I've been on Loose Women twice and I really enjoyed that." 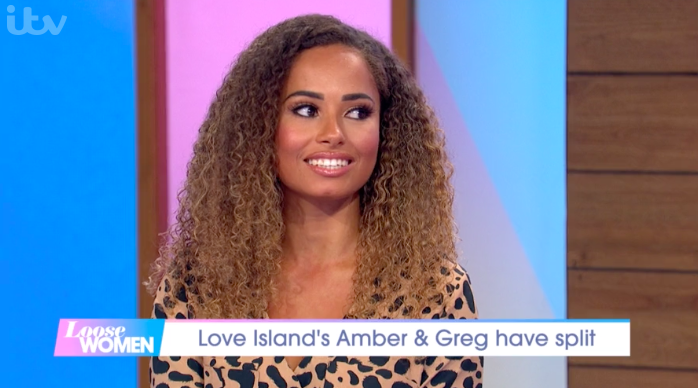 Amber appeared on Loose Women to discuss her break up with Greg (Credit: ITV)

Meanwhile, Amber recently insisted Greg broke up with her via text when she still wanted to work things out, after he had claimed their romance ended mutually in a phone call.
She explained: "From my point of view I still wanted to make it work. There was a call a few days before just chatting, not specifically to do with that and then definitely on that day it was a text.
"We were texting each other... I think there was a bit of miscommunication but I think if you don't to be with someone then you don't want to be with someone.

Read More:  Love Island star Amy Hart has been on 'a string of dates with DJ Toby Anstis'

"That's just it... I did a little bit of that [fishing], all I wanted from him was a bit effort from him to come to London or Newcastle to come and see me.
"I was just, like, 'Oh, I'm going to have to give up if you don't put the effort in.' And then he was just like, 'OK.' I was like, 'Oh really?' I was expecting him to be a bit different."
Leave us a comment on our Facebook page @EntertainmentDailyFix and let us know what you think of this story
Share Share Share