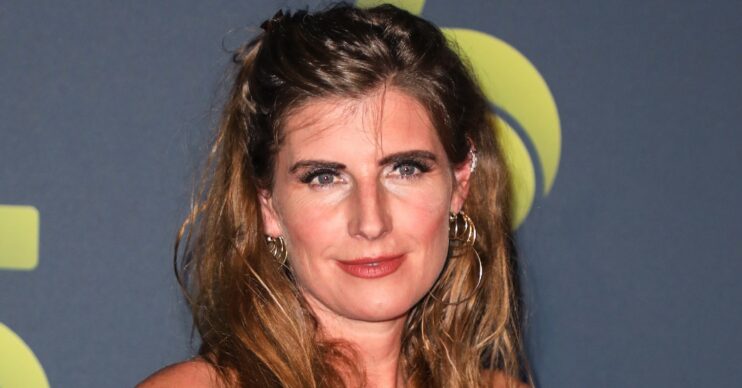 Our Yorkshire Farm star Amanda Owen has revealed her plans for Ravenseat Farm.

The Yorkshire Shepherdess, who recently announced her split from husband Clive, opened up about the arrival of a new foal called Maple.

Although it’s only been born for a few weeks, the new Clydesdale horse has already made herself at home as Amanda claims that she is a ‘part of the family’.

The young foal was only born just a few weeks ago and the star already admitted that she is ‘a part of the family’.

Ahead of her appearance at The Game Fair, Amanda said in an interview: “She’s a beautiful filly foal born just a few weeks ago.

Read more: Our Yorkshire Farm star Amanda Owen admits: “I feel like a bit of a failure’

“Backing her will be a gradual process. She is part of the family- there won’t be a foal pocked and prodded as much as she has.”

The Yorkshire Shepherdess revealed that she eventually wants the new foal to bring down the sheep with her.

Amanda said: “Eventually I want her to bring down the sheep with me, working with me as part of the team.”

She also praised the new Clydesdale horse for being ‘the easiest foal ever’.

These new farm plans came after Amanda announced her split with her husband and Our Yorkshire Farm co-star Clive.

She shared the sad news in a statement on Instagram saying: “Clive and I are sad to confirm that we have made the difficult decision to separate.

“This hasn’t been easy, but we both believe it’s the right choice for the future of our family. Although we are no longer a couple, we continue to work on the farm and co-parent together, with our No 1 priority as the happiness and wellbeing of our children.”