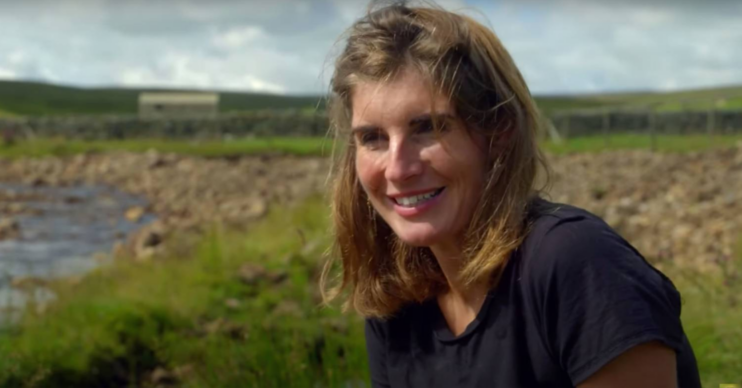 She's built up an impressive fortune

Amanda Owen’s popularity has skyrocketed over recent years, as has the Our Yorkshire Farm star’s net worth.

Once struggling to make ends meet, the shepherdess is at the heart of her own business empire, with her finger in a whole load of pies.

Read more: Emmerdale – who is the father of Amelia Spencer’s baby?

How did Amanda Owen grow her net worth?

According to TG Time, mum-of-nine Amanda is said to earn £250,000 a year. This is down to her magazine deals, the five best-selling books she somehow found time to write, and of course – 10 years spent on the telly.

She also has her own firm, called the Yorkshire Shepherdess Ltd. At its last update, the company had accounts showing cash and assets worth £74,411.

But although financially things couldn’t be much better for the farmer, her personal life has been less rosy lately.

Amanda first appeared on the TV in 2011, with husband Clive and their children. The family featured on ITV documentary series The Dales, becoming regulars on the show.

With viewers taking a liking to them, Ben Fogle visited them four years later for New Lives In The Wild.

After seeing them juggle eight children and a fully working farm, bosses offered them their own reality show.

Since first airing in 2018, Channel 5‘s Our Yorkshire Farm has had five series, with a sixth expected.

The couple are believed to earn £250k a year from the show.

But sadly, things haven’t worked out for Amanda and Clive, 67. Last month, they confirmed their marriage is no longer working.

Amanda – who  shared the news in an Instagram post. She said: “Clive and I are sad to confirm that we have made the difficult decision to separate.

“This hasn’t been easy, but we both believe it’s the right choice for the future of our family.”

But despite their separation, the pair are still working on the farm and bringing up the kids together.

They confirmed: “Although we are no longer a couple, we continue to work on the farm and co-parent together, with our number one priority the happiness and well-being of our children.”