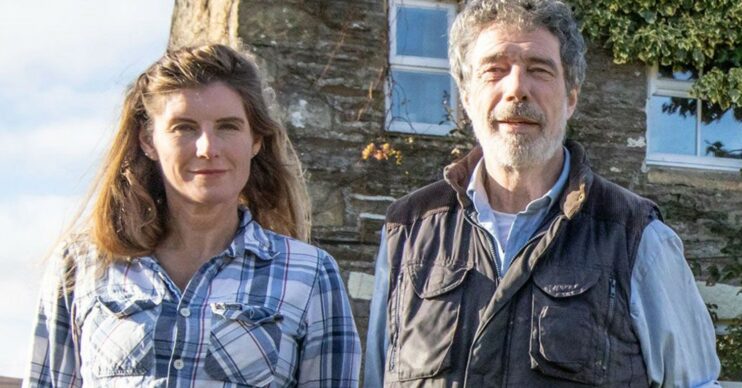 The Channel 5 star shared an update with fans on Instagram

Amanda Owen has broken her silence after her marriage breakdown with her husband hit the headlines.

The Our Yorkshire Farm star recently announced that she and her husband, Clive, have decided to end their marriage.

The news shocked fans and left many concerned for the wellbeing of both Amanda and Clive.

While the pair had remained silent since the announcement, Amanda returned to social media on Sunday to share an update with fans.

Amanda took to Instagram to share some snaps of her daughters playing in the fields at Ravenseat Farm.

“Running up that hill,” Amanda wrote, making reference to the classic Kate Bush song that recently returned to the UK Top 40.

Fans rushed to rally around the star, despite her not mentioning her marital situation.

“Been missing your posts. Sending love,” replied one follower.

Amanda announced the news of her split in a statement to fans.

She said: “Clive and I are sad to confirm that we have made the difficult decision to separate.”

“This hasn’t been easy, but we both believe it’s the right choice for the future of our family,” she continued.

Despite their marriage coming to an end, Channel 5 has assured fans that Amanda and Clive will continue to work with them.

A spokesman for the broadcaster told Express: “We respect the privacy of Amanda and Clive Owen at this time.”

“They are very much a part of the Channel 5 family and we will continue to work with them in the future,” they added.