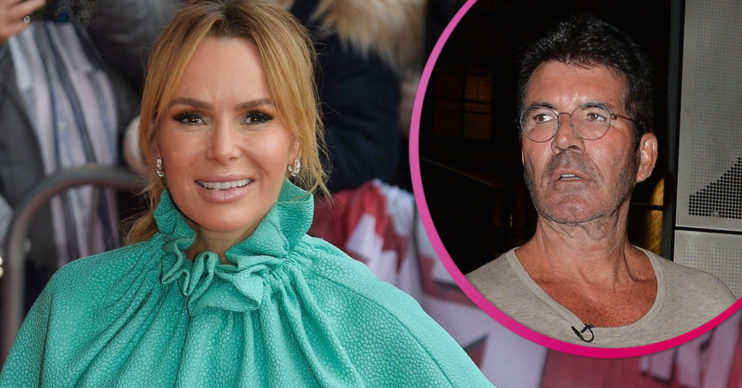 A rep for Simon confirmed he's still with Lauren Silverman

Amanda Holden’s daughter has sparked confusion after claiming Simon Cowell is no longer with his girlfriend.

Simon, 60, has been with his partner Lauren Silverman since 2013 and they have a son Eric, six, together.

During an Instagram Live, Amanda was discussing the moment she played her NHS charity single to Simon at his house.

She mentioned Lauren, 42, who had recently sent Amanda photos of the family cooking.

She told fans: “I did play the album to Simon because Simon was very kind and he invited me to come and sing on Britain’s Got Talent live shows, which I still will do whenever that is.

“But I thought I’ll take it round and have a cup of tea and see what he thinks, I don’t know why I did that.

“It was one of the most nerve-wracking things I have ever done in my whole of my life.

“It was like the opening night of a West End show.

“I was sat in his lounge; had some lovely homemade biscuits from Geoff the chef. I don’t think they have a chef in lockdown.

“In fact, lovely Lauren, Simon’s girlfriend, sent me some lovely pictures of them cooking the other day.

“Simon’s quite good at cooking, I think.”

Amanda’s daughter Hollie, eight, then interrupted: “I thought they broke up?”

The star replied: “Simon and Lauren?” to which Hollie said: “Yeah.”

Spot My sis #socialdistancing in a blur

A spokesman for Simon told MailOnline: “Simon and Lauren are very much still together and are in lockdown together in California.”

She recorded a version of Over The Rainbow to raise money for the health service during the coronavirus pandemic.

Simon and Lauren are very much still together.

On Tuesday, the Britain’s Got Talent judge released an emotional video for the track.

In the clip, Amanda is seen singing at a mic before switching to footage of Brits smiling and clapping in isolation.

Speaking to Heart.co.uk about her new single, Amanda said: “I’ve always said how amazing the NHS are, they have quite literally saved my life, as they have for thousands of others.

“Hearing all the amazing people calling in to Heart sharing their stories from the front line has made me prouder than ever to be supporting the NHS in this way.

“The rainbow has given us all a ray hope during this weird time. But I’m hopeful life will be better on the other side as we all become more united as one.”