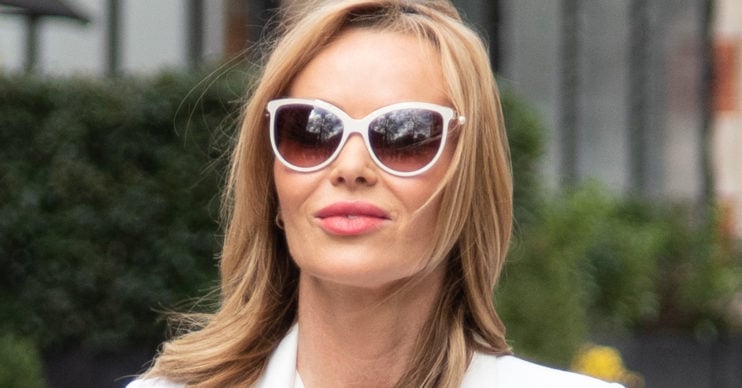 We wish we were there too!

Amanda Holden has wowed her army of Instagram fans with a revealing bikini snap.

Sharing a photo of herself sprawled out on a swinging chair, the star is shown wistfully staring off into the distance.

Clearly taken in an exotic location, Amanda wrote that she’s having to make do with British sunshine for now.

Sharing in view of her one million plus Instagram followers, she wrote: “Enjoying the sunshine in our glorious UK this weekend.

“It’s got me dreaming of distant lands when it’s safe. #comeonBoris #throwback.”

It remains unconfirmed when the photo was taken – but clearly before the slew of lockdowns of the last year.

The Britain’s Got Talent judge fans rushed to compliment Amanda on the glamorous photo.

One user commented: “Wow Amanda you look stunning such a perfect body.”

Meanwhile, another user shared: “You’re such a babe, Amanda.”

And a third user praised: “You rock that bikini Amanda you look absolutely beautiful.”

A fourth user raved: “Everything is perfect – including those nails!”

Amanda is well-known for showing off her fabulous figure on social media.

Indeed the star says she works hard for her toned physique. She’s a big fan of home workouts since lockdown and also loves yoga and bike rides.

Diet wise, she says she sometimes undergoes juice cleanses and has also gone away on wellness retreats.

In addition, her revealing outfits on Britain’s Got Talent have even led to Ofcom complaints.

But the actress turned presenter and radio host luckily takes it all in her stride.

In fact, she says she’s really rather flattered that people are still commenting on her impressive figure – especially her cleavage.

While speaking to the Daily Mail, Amanda remarked: “I love it that people are still talking about my tired old breasts and I’m nearly 50!

“No one talks about Alesha Dixon’s – she’s got great boobs by the way – and she’s eight years younger than me.

“Age is totally irrelevant, thanks to people like J-Lo, who is 49 and just a sexy, hot woman who dresses for how she feels.”