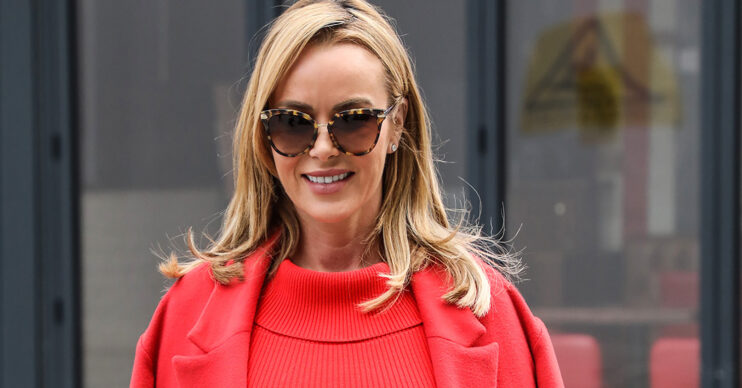 Amanda is on holiday with her husband and daughters

Amanda Holden has delighted her Instagram followers by sharing a stunning picture with her daughters.

The Britain’s Got Talent judge, 50, is enjoying a family holiday with her girls Alexa and Hollie and her husband Chris Hughes.

In the image, Amanda is seen gazing lovingly at her eldest daughter Alexa, 15, while putting her arm around Hollie, nine, as they stood with the dreamy sunset behind them.

Amanda’s fans gushed over the beautiful photo, with many saying they couldn’t believe how grown up Alexa and Hollie were getting.

They also compared Alexa to a model.

One commented: “I can’t believe how big they’re getting. Lexi is literally a model.”

Another wrote: “Lexi really suits to be a model.”

A third said: “Such a gorgeous photo! The girls look so grown up!”

Another added: “Lexi [has] grown so much.”

Meanwhile, others said Lexie and Hollie look just like Amanda.

Another gushed: “They look like their mum. Spitting image of their mum.”

Meanwhile, Amanda has also been wowing her followers with her age-defying bod.

Such a gorgeous photo! The girls look so grown up!

The star has posted a couple of bikini snaps and fans couldn’t get over her incredible figure.

One picture showed Amanda lounging on a boat in the sea as she sported a tiny mint green bikini.

Amanda told her fans: “And #breathe #familytime in the #sunshine.”

She revealed she actually enjoys sunbathing naked in her own private villa.

She told Alan Carr’s Life’s A Beach podcast: “I never wear a bikini on holiday. But I wouldn’t mix with other nudists. There’s a difference.

“I have served the Sunday lunch naked. But no, I would never get my [bleep] out in public. In a private villa, yes.”