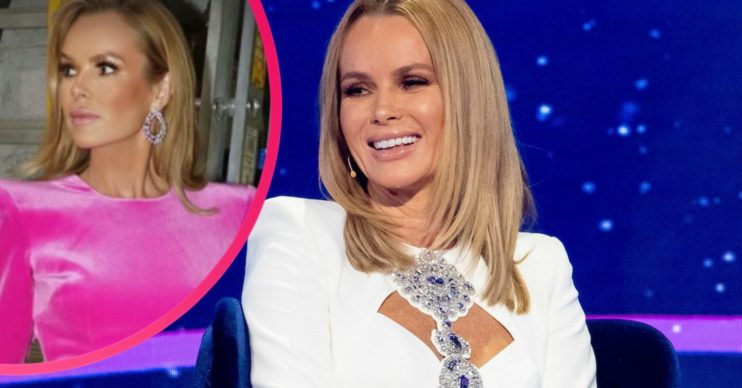 The I Can See Your Voice star is looking spectacular

Amanda Holden has showed off her incredible figure on Instagram today.

Amanda took to the social media site on Saturday (April 24) to show off her long, toned legs.

The much-loved ITV star wowed in a hot pink dress that hugged her age-defying physique.

Despite the less than glamourous backdrop, Amanda managed to look like a total star as per usual.

What is Amanda Holden’s show about?

Amanda has been busy promoting her new BBC One game show I Can See Your Voice.

She appears as a Celebrity Investigator on the show, which aims to help contestants win cash by sorting good singers from the bad ones.

The BBC series is based on a South Korean entertainment show.

I Can See Your Voice made its debut earlier this month (April).

While the format left viewers divided, it was Amanda’s outfit that sparked lots of debate.

Some believed that her outfit, a white mini-dress, was too short for televsion.

In fact, some even hilariously compared her to Sharon Stone from the 1992 movie Basic Instinct.

Writing on Twitter, one shocked viewer said: “Is Amanda Holden gonna give us a Sharon Stone moment?”

“Who else is waiting for Amanda Holden to do a Sharon Stone in Basic Instinct?!” said a second.

In addition, a third wrote: “Please close your legs, Amanda!! Are you channeling your inner ‘Sharon Stone’ & reenacting Basic Instinct??”

We doubt it came as a shock to Amanda, however.

After all, the former actress is no stranger to raising eyebrows with her dresses for television.

Last year, she hit headlines for wearing a particularly daring dress on Britain’s Got Talent.