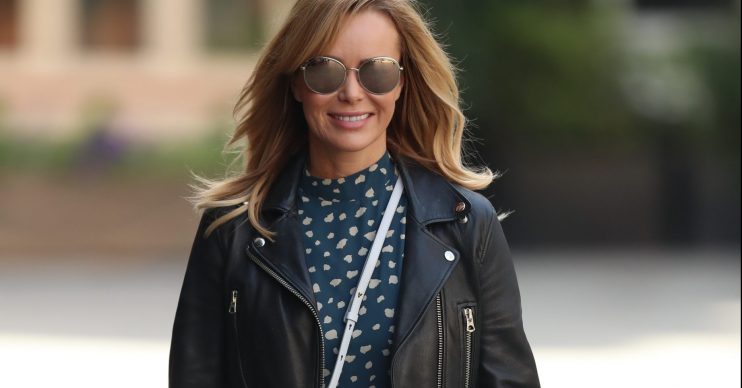 TV’s Amanda Holden has shown off her toned figure while playing in the garden with daughter Hollie.

The Britain’s Got Talent judge, 49, treated fans to a video of herself and Hollie, eight, taking part in a cartwheel competition today (Sunday, April 12).

Taking to Instagram, Amanda flaunted her enviable body in a yellow bikini top and tiny shorts as she made the most of the sunny weather.

In the clip, the mum-of-two playfully poses before launching into an impressive cartwheel.

Hollie – who the TV host shares with husband Chris Hughes – later joined in as Kylie Minogue’s Spinning Around played in the background.

Amanda captioned the post: “#Easter #cartwheel contest. Who did it best? #hrh.”

Fans were quick to comment, with one writing: “Wow perfect cartwheels run in the family!”

Another gushed: “You’re so amazing at them!!”

A fan commented: “It would be fair to say that you both did a very good job.”

A fourth added: “You both did very well. I’m 24 and I seriously don’t think I could do a cartwheel even half as good as you!”

As well as the impressive cartwheel video, Amanda showed off a delicious chocolate cake made by eldest daughter Lexie, 14.

Earlier this week, the presenter revealed she’d be more than happy to take part in a I’m A Celeb Bushtucker Trial.

She shared: “If Ant and Dec announced it would be their last ever series, then I think they’d get to choose who is in it, and we’d all have to do it.

“But I can’t see their show ever ending, so I’m safe. But it’s my favourite reality show to watch.”

Asked how she’d cope with the show’s challenges, the blonde beauty told The Sun newspaper: “I would rise to the challenges.

Are you impressed by Amanda’s cartwheel skills? Leave us a comment on our Facebook page @EntertainmentDailyFix and let us know.