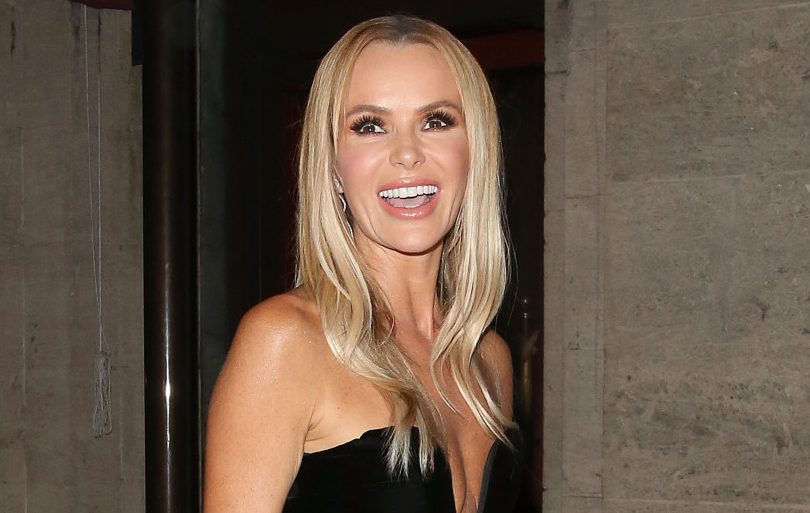 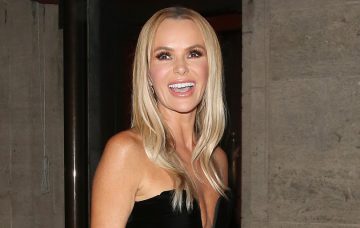 She's a proud wife and mum

Amanda Holden has expressed her sadness over the summer being nearly over.

The Britain’s Got Talent judge, 47, took to Instagram to share a beautiful snap of her husband Chris Hughes with their two daughters, Lexi and Hollie.

The photo sees six-year-old Hollie smiling for the camera as Chris leaned his head towards her while Lexi, 12, wrapped her arm around her dad.

Can’t believe this #beautiful #summer is nearly done! Why do #school #days go so bloody #slow and #holidays so #fast #love having these #gorgeous #humans around #24/7 #cantbelieve #winteriscoming .. 😂😔 #Lexi #hrh #mylub ♥️🇬🇧

“Why do school days go so bloody slow and holidays so fast, love having these gorgeous humans around 24/7 #cantbelieve #winteriscoming.”

Fans agreed with Amanda’s remarks, while also gushing about the sweet image.

One person said: “Beautiful photo of a proud father and his two daughters.”

Another wrote: “Stunning family and you are so right; holidays fly by,” while a third commented: “You have [an] awesome family and you’re so lucky.”

Amanda recently returned home from a family holiday in the sun to California.

Earlier this month, the star posted a sweet family portrait as they enjoyed the warm sunshine.

Amanda added no caption, instead using the hashtag “family time” to describe the moment.

During their vacay, Amanda visited her good pal Simon Cowell and his family.

The actress shared another shot to Instagram showing her with Simon’s girlfriend Lauren Silverman.

The pair were seen posing at a door as Lauren held a Harry Potter sign for Platform 9 and Three Quarters, where the Hogwarts Express departs for Harry Potter’s wizarding school.

The door was slightly open and Simon and Lauren’s son Eric, four, could be seen just out of camera view behind them.

Amanda told her fans that Eric wouldn’t let her and Lauren inside as it was ‘no mummies allowed’.

Amanda also joined Simon, Lauren and Eric as the X Factor boss received a star on the Hollywood Walk of Fame.

The star looked stunning in a pale yellow jumpsuit as she posed alongside Simon and their BGT co-star Alesha Dixon.

Before their trip to LA, Amanda and her family soaked up the sun in Corfu, Greece at the end of July.

The family then spent the beginning of August surfing in Cornwall.

How have you spent your summer? Leave us a comment on our Facebook page @EntertainmentDailyFix and let us know what you think.