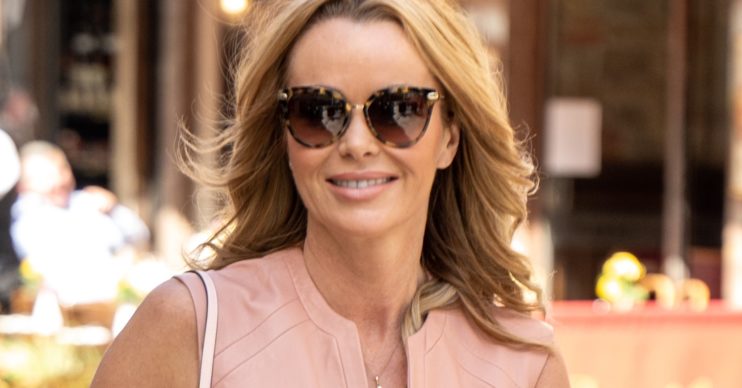 Is it Amanda or climate change that's causing temperatures to rise?

Amanda Holden had Instagram fans wishing they were wherever she is after she shared a bikini holiday pic.

The TV fave, 50, shared the eye-popping snap showing her soaking up the sun this afternoon (Wednesday June 2).

And although Amanda didn’t reveal where she is – or was – for the pose, most onlookers were too bowled over to bother all that much about that.

Punning on the hue of her bikini, Amanda captioned the image: “Feeling ‘all white’ today.”

The same could not be said about her impressive tan, magnified by the shade of her swimwear.

Fan were also impressed by her sun-kissed glow.

But many admirers chose to mention her figure rather than enquire about where they could purchase a similar cossie.

Celebrity pal Tracy-Ann Oberman was keen on knowing which glorious location Amanda was posting from.

However, the majority of commenters on the Insta upload used emojis to illustrate how amazed they were.

“So very hot… and not just the weather,” remarked one fan.

So very hot… and not just the weather.

Another wrote, replacing the ‘O’ with a fire emoji: “WOW!”

It isn’t the first time Amanda has shared cheeky images of herself on the social media platform.

Indeed, it is at least the third time this week.

Just six days ago she stripped off to ‘writhe naked’ on a bed of £50 notes to promote a compeition.

And since then she’s wowed followers by showing off her legs in a red mini-dress.

“Oh wow, legs to die for,” one eager fan panted.

Amanda has also caught many people’s eyes with her outfits on BBC show I Can See Your Voice.

Even thought the series is about whether appearances can be deceptive, Amanda has certainly not flattered to deceive.

Indeed, fans were once again overjoyed to see her wearing a see-through dress that left little to the imagination.

Amanda Holden I Can See Your Voice