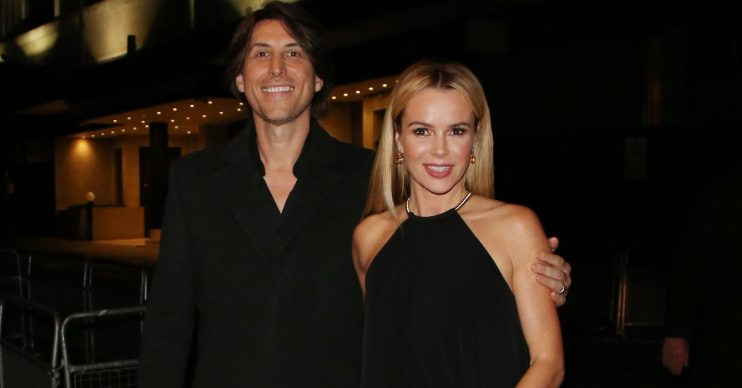 Her hubby Chris had a close call

Amanda Holden has recalled the terrifying incident that could have killed her husband Chris Hughes, before a Hollywood star stepped in and saved his life.

The topic of conversation turned to US actor Thomas Haden Church and Amanda revealed “he is also the saver of my husband’s life, and that’s no word of a lie.”

Her co-host Jamie Theakston was astounded and asked the presenter to elaborate.

Amanda said: “We were on holiday in America and Chris had to have a lunch with an American comedian and I was back at the hotel with the kids.”

The Britain’s Got Talent judge said she thought all was going well because Chris had been gone so long, when in fact disaster had struck.

Chris ended up choking during his lunch meeting and it was Thomas who intervened to help him.

The 48-year-old explained: “But actually what happened — he was eating pasta, he got a bit lodged in his throat, thought, oh, well okay, I’ll have a bit of Diet Coke or whatever to swish it down.

“It expanded and he was doing that British thing of carrying on making eye contact with this American comedian. And he completely went blue, could not breathe, and out of nowhere this man came and did the Heimlich manoeuvre on him.

“He threw up all over the table.”

After the incident, Amanda said Sideways actor Thomas asked Chris if he was okay, but disorientated Chris just ended up telling the star he is a big fan of his work!