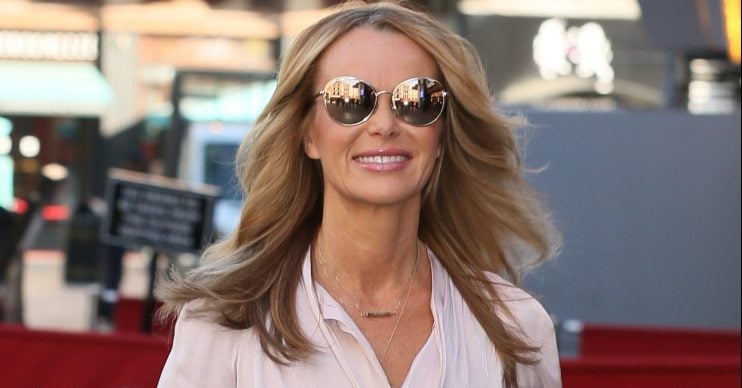 She's in a league of her own!

Amanda hit the headlines recently after reports that she’d gone to a top ITV exec to complain that Phil had blocked her from covering for Holly Willoughby on This Morning as Holly headed to Australia to present I’m A Celebrity.

Amanda has since claimed that she has offered Phil an olive branch – and he ignored her.

Asked by her Heart Breakfast co-host Jamie Theakston if she’d approached Phil to discuss their problems, she said: “Yes, I texted him recently but didn’t get a text back.”

Clearly putting the reported rift behind her, Amanda is now celebrating a new TV role.

With James Corden unable to fulfil his presenting commitments on Sky One’s sports panel show A League Of Their Own due to his work Stateside, it’s been revealed that Amanda will step in.

She will become one of the show’s guests hosts. Her BGT pal David Walliams will also step in, alongside Clare Balding and Jack Whitehall.

Read more: This Morning viewers praise Lisa Faulkner as she opens up about IVF battle

Zai Bennett, director of programming at Sky, said they were “delighted” that James is able to host two of the shows in the new series and added that they “appreciate he has other work commitments this year”.

Zai added of the new guest presenters: “Therefore, we’ve got a brilliant line up of guests to keep his seat warm and we have no doubt that our new guest hosts will ensure that the laughs continue.”

Amanda hit the headlines when she took over the Heart Breakfast slot alongside Jamie Theakston.

The show went national and forced regional breakfast radio shows off the air, something that didn’t go down too well with the listeners up and down the country.

Let’s hope the star fares better on A League Of Their Own.

Fans certainly seem keen to see the star on screen, with one tweeting Amanda to ask when filming starts.

@AmandaHolden I heard on heart you are co presenting league of their own?? When do you start filming please 👍

Will you be watching Amanda in her new role? Head over to our Facebook page @EntertainmentDailyFix and let us know!