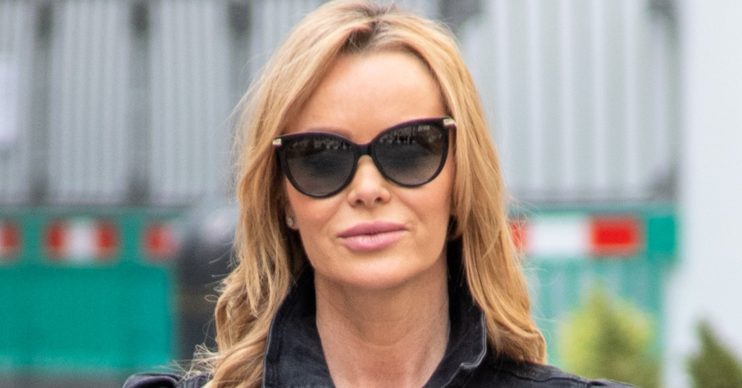 Fans told her she looked 'perfect'

Amanda Holden wowed her Instagram followers as she strutted in a figure-hugging black jumpsuit.

Impressed fans called the Britain’s Got Talent judge “stunning” and a “femme fatale” after she shared a clip of herself wearing the outfit on social media.

On Wednesday (March 24), Amanda posted a looped video of herself at Heart Radio.

In the caption, she simply tagged the radio station and fashion company Forever Unique, and included a black heart emoji and the hashtag #morning.

In the comments, fans gushed over the look.

“Femme Fatale,” one wrote with a heart emoji.

A second put: “You are a stunner.”

The outfit, stunning as always.

Another wrote with a heart-eyes emoji: “The outfit, stunning as always.”

The jumpsuit is available on the Forever Unique website for £89.99.

Amanda Holden regularly wows her Instagram followers with her sartorial choices, including her recent lilac tweed dress with pink detailing and a scooped neck, and also her elegant sheer white utility dress.

Britain’s Got Talent might not be airing until 2022 after bosses cancelled this year’s series, but Amanda’s treated fans to several TV appearances in recent weeks, including on ITV’s DNA Journey.

During the episode, in which she paired up with Alan Carr, viewers witnessed a hilariously awkward encounter between Amanda and her long-lost cousin.

When Amanda and Alan went to meet her relative Linda, the woman initially thought she was related to the comedian – and appeared ‘gutted’ when she learned her connection was actually with the BGT judge.