Presenter Amanda Holden has moaned that her youngest daughter's school forced her to "ask for world peace" instead of toys in a letter to Father Christmas.

Speaking on Heart Radio, the mum-of-two, 48, said: "So her class were told they had to write all their letters to Father Christmas as part of setting out the letter thing but the were told they couldn't ask for toys.

"They kind of really had to ask for world peace and wooden flutes. All the stuff that they are really not interested in."

#fatherchristmas is snowed under this time of year ....🤣♥️ @thisisheart

Read more: Fans joke that Amanda Holden has 'a hole' in her dress as she steps out at London gala

Her co-host Jamie Theakston, 48, laughed and asked if it was a "woke" Christmas letter.

Speaking further, Amanda said the kids were "not allowed to ask for what they really want" in their letters and, as a result, her daughter Hollie was "broken hearted".

Amanda continued: "Hollie came home pretty broken hearted because the teacher said they are actually going to send these letters to Father Christmas." 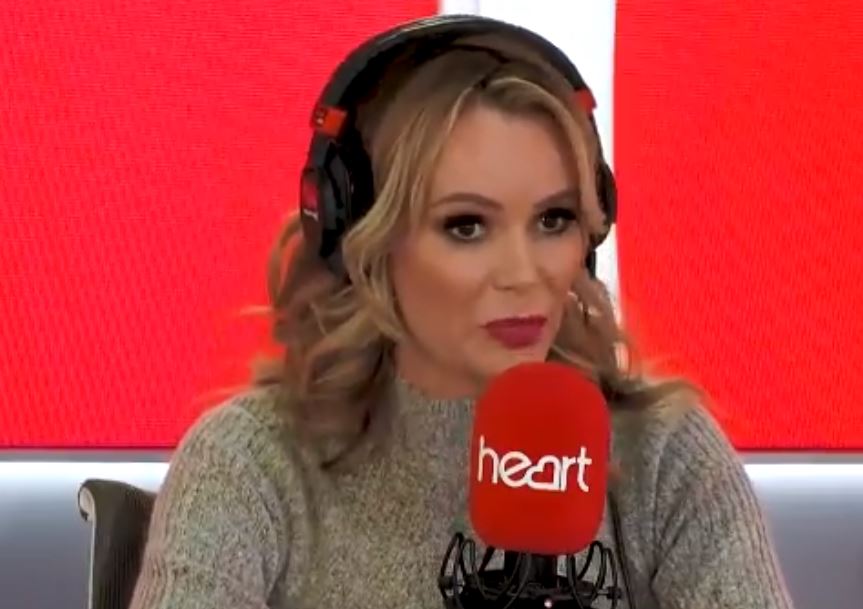 She explained that Hollie insisted she doesn't actually want the things listed in the letter and wants a Barbie instead, which Amanda thought was "totally fair".

The Britain's Got Talent judge went on to joke that she was "cross at the school" over the assignment, so she wrote accusing the school of "wasting Father Christmas' time".

Amanda has two daughters with her husband, Chris Hughes - Alexa, 13, and Hollie, seven.

Earlier this year, the radio host delighted her fans on social media with a snap of her daughters after enjoying a "fantastic" few weeks with her family.

The presenter spent some time off with her girls over the summer holidays, including a luxury trip to Greece.

Once keen to keep them both out of the spotlight, Amanda decided to share pictures of Lexie and Hollie on her Instagram page - including one of a beaming Hollie with her arms wrapped around her big sister.

"Here's two little faces Chris and I couldn't be more proud of," Amanda shared. "What a fantastic summer we've been fortunate enough to have together!"

She posted another from the Greek island of Zante showing Lexie with her arms around her mum and little sister.